Webinar 'I wrote a student paper about Alexandra Kollontai' 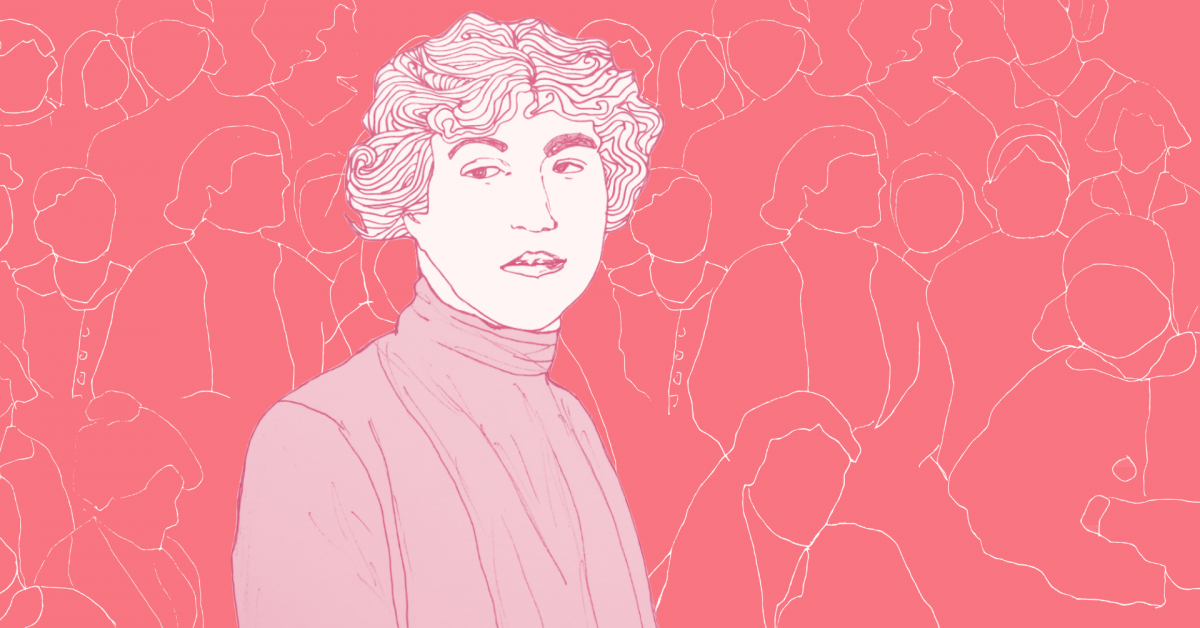 Why is Alexandra Kollontai important today? What can be learned from her ideas and practice?

Register to participate latest by April 28th: https://forms.gle/bn21F3qSbqzzAN3a8. You will receive a zoom link on your email within 3 days. If you register on the same day then you will receive the link if you registered latest 2 hours before the event starts.

Alexandra Kollontai (1872-1952) was a revolutionary, writer and diplomat. She was an advocate of women’s liberation and free love. As People’s Commissar for Social Welfare in the first Soviet government, she played a crucial role in shaping the emancipatory gender policies of early Soviet period which included legalization of abortion and access to contraception, health insurance and paid leave for women after childbirth, equality for children born outside of marriage and secularization of orphanages, secularization of marriage, and decriminalization of sex between men.

In 1920s Kollontai sided with the left-wing Workers’ Opposition criticizing undemocratic practices within Communist Party. She was exiled by being appointed to various diplomatic posts in Norway, Mexico and Sweden. In the post-Soviet region, Alexandra Kollontai is remembered with ambivalence. Her progressive role in the early Soviet period is acknowledged, but as a Bolshevik feminist and Stalin’s diplomat she is also associated with the difficult heritage of the Soviet period. There is no active discussion about her legacy and impact on local feminisms in the post-Soviet region. However, a continuous production of discourse does exist in the form of student papers written about Alexandra Kollontai by young feminists. Why is Alexandra Kollontai important for feminists in the post-Soviet region? Why does our engagement with Kollontai often remain hidden from the public eye?

During this online conversation Sasha Ihnatovich and Katrin Kivimaa will think back at their student papers from today’s perspective. Art historian Katrin Kivimaa studied Kollontai at the Central European University (CEU) in 1997. Her paper focused on feminist understandings of love. Visual culture researcher and practitioner Sasha Ihnatovich engaged with Kollontai in the framework of her MA thesis written at European Humanities University (EHU) in 2012. The thesis discusses the production of gender subjectivity in Soviet children’s cinema from 1920s until early 1950s. It analyses how the discussions on a “new (wo)man” and the “sexual issue” impacted the formation of Soviet “children’s policy” (educational and cultural) and the dominant gender order.

Sasha Ihnatovich is a feminist filmmaker and a cultural worker from Belarus, currently living and working in Slovenia. She has authored a number of short documentary and experimental films, and curated film festivals, such as Meta Queer Fest: Short Film & Animation (2015, Belarus), Luksuz Cheap Film Festival (2014, 2018 – 2020, Slovenia), toKino (2013, Lithuania). She is also mentoring media and film workshops for children, young people and adults in Belarus, Lithuania and Slovenia. In 2015 – 2017 she was active in feminist LGBTQ+ project MAKEOUT in Belarus. In the framework of the MAKEOUT’s activities she organized and curated in 2016-2017 FemQueerLab: Laboratory of Feminist (and) Queer Film and was a research curator in the project on gender sensitivity and hate speech in Belarusian media.

Katrin Kivimaa is art historian and cultural critic, currently working as the senior researcher in the Institute of Art History and Visual Culture at the Estonian Academy of Arts. She is the author of National and Modern Femininities in Estonian Art, 1850-2000 (University of Tartu Press, 2009), and the editor of Working with Feminism: Curating and Exhibitions in Eastern Europe (Tallinn University Press, 2012). In 2010, she co-curated The Soviet Woman in Estonian Art in Kumu Art Museum, Tallinn, and in 2008-2010 she was the member of the research team for the monumental exhibition project Gender Check: Femininity and Masculinity in the Art of Eastern Europe in Vienna and Warsaw.

This webinar is part of the online event series Learning from Alexandra Kollontai, organized by Airi Triisberg, Giovanna Esposito Yussif and Egija Inzule. The event series seeks to strengthen networks between intersectional feminist art practitioners in the Baltic and Nordic region. Contact: interfemnet@gmail.com

13 May: Was Alexandra Kollontai a feminist? Collective reading group.

27 May: Alexandra Kollontai and Mexico (tbc)

The network activities are supported by Nordic Culture Point. Webinar “I wrote a student paper about Alexandra Kollontai” is hosted by Feministeerium and also supported by Active Citizens Fund Estonia.