'Stuck in the same muck' by Anna Reutinger at Editorial 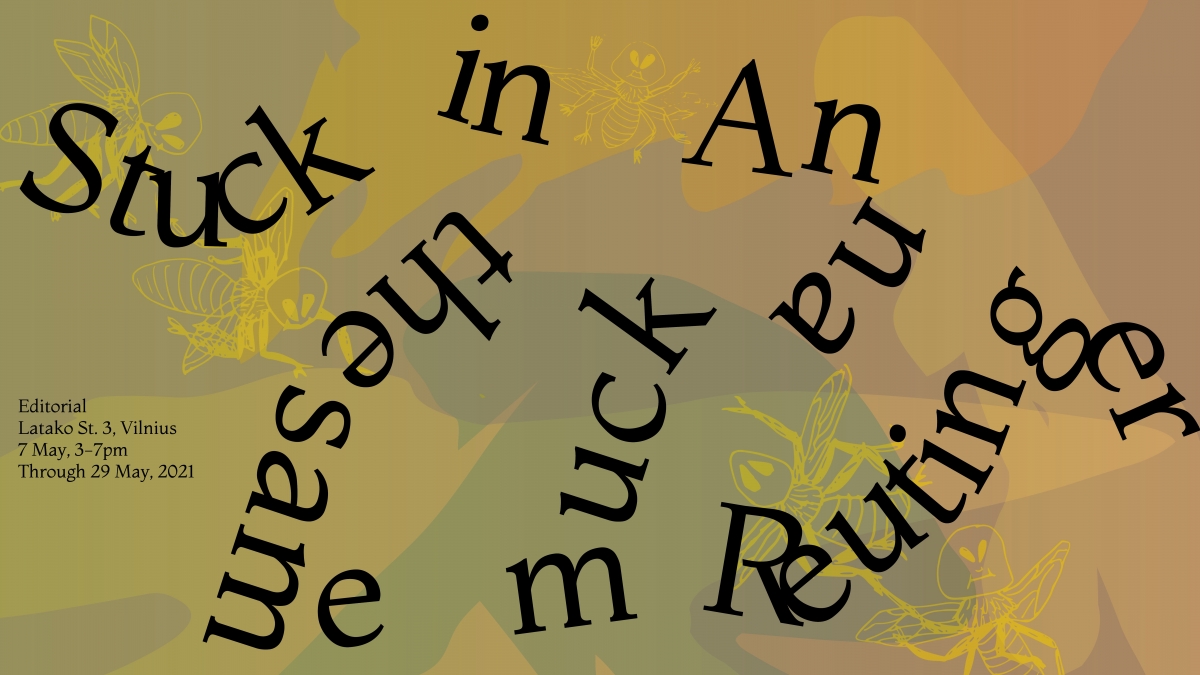 A seedy face at the bottom of the bowl
A web woven over and over and over
A weary mermaid tired of the changing of currents flow
A sheep whose horns grow a turn each year forever
A string of bees sticking together
Babies and onions
A sun with no future
A house in the middle of nowhere
I was wrong and I just can’t live without you, never

Apotropaic symbols were widely used in medieval times, to ward off evil spirits and protect those who applied them. They were stitched to the hems of garments, carried in concealed purses, woven and knit into the patterns of clothing, scratched into walls and carved into the tools of everyday life. These symbols often gave reference to natural elements—plants, animals, cosmological geometry and grotesque hybrids—while connecting to elaborate mythologies and visual proverbs. While illiteracy prevailed, these symbols can be seen as some of the only surviving first-hand traces of medieval non-elite, and their hopes, fears, and values.[1] Over a vast expanse of time, as values shifted—science negating the spiritual and craft giving way to industry—these symbols have slowly been consolidated and abstracted into abbreviations of their former significance.[2]

Following interviews with a few shades of craftspeople, preservationists and historians, alongside visual and textual research into symbology in ornament and craft as communication, Reutinger has developed a series of works stained and stitched with symbols of her own. Stuck in the same muck is an invitation to learn how to live together, as animals in the same pasture, and spin the semiotics of sentiment into the web of our world. Second hand textiles, dyes of lichen and bark, onion skins and rust, trash from the forest and bags from the market—Reutinger used material on-hand to color and shape a space to keep evils at bay.

Anna Reutinger, b. 1991 in Oakland, California lives and works in Berlin. Her practice combines sculpture, installation and performance to propose a return to craft in defiance of capitalist production cycles and as seed for social, material and environmental empathy. Oscillating between incidental and intentional gestures, she uses found material and social input to expose the transitory nature of things and beings, and their interconnection.

She is a tutor in the Dirty Art Department at the Sandberg Instituut where she also received her M.F.A. in 2016 after a B.A. in Design Media Arts and Digital Humanities at UCLA in 2013. Her work has been exhibited at the CAPC musée d’art contemporain de Bordeaux, Saint Etienne Biennale, FR—MKG Museum für Kunst und Gewerbe Hamburg, DE—Jan van Eyck Academie, W139, De Fabriek, NL—KlaraKiss Zipspace, CH—Macao Milano, IT—The Hammer Museum, The Getty Center, The New Wight Gallery, Chin’s Push and Control Room, Los Angeles, US. For the month of April 2021, she has been an artist in residence at Rupert in Vilnius, Lithuania.

[2] Tumėnas, Vytautas. “The textuality of diagonal ornamentation: Historical transformations of signification from the Baltic perspective.” Department of Ethnology, Lithuanian Institute of History: 2014.