Published in Baltics Outside Baltics Review 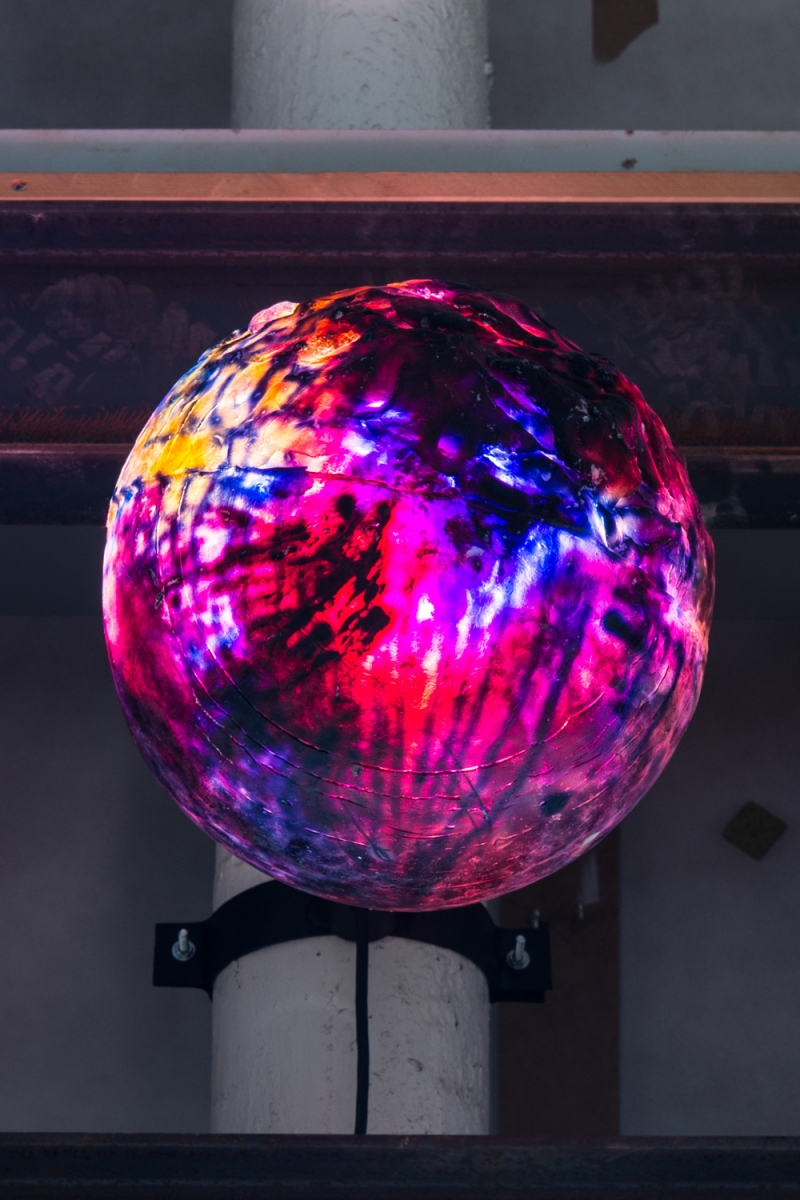 After a  Roots to Routes film screening at the Cité Radieuse of Marseille, a guest asked what the connection was between his home city and the Baltic countries. I honestly could not say, despite working for the project for a couple of months. So I beckoned to Justė Kostikovaitė (LT), one of the curators, and asked her to answer. She replied dead-pan, telling him: ‘There is no connection. We are here. That is the connection.’ Of course, if you dig enough, you can find links; for example, plenty of discussion that evening had focused on how the Corbusier building we were standing in had had a significant influence on the development of a Soviet architectural style. Still, Kostikovaitė’s point was that the project intended to turn these inklings of connection into something more concrete; collaborations like the one with Kolektiv Radieuse were a foundational part of this.

One of the original goals of Manifesta was to strengthen ties between East and West Europe. At some point, it shifted its focus to the relation between south and north. Roots to Routes, one of almost a hundred parallel projects in this year’s edition, seemed to take a fresh look at each of these approaches. Through exhibitions, performances, workshops, screenings and publications, the project sought ambitiously to introduce a large number of Baltic artists to Marseille, working with local cultural organisations, artists and other cultural workers. Many were fortunate enough to find a way to take part in person, while others found the creative means to participate from afar, such as directing local performers via zoom, or producing an un-travel book. The works took on topics like displacement, belonging and home, requiring little explanation these days, and other less expected but equally important ones, such as the question of a Baltic identity and the exploration of urban environments, both familiar and foreign. While at times these subjects and the artworks themselves interacted, they often followed their own paths. 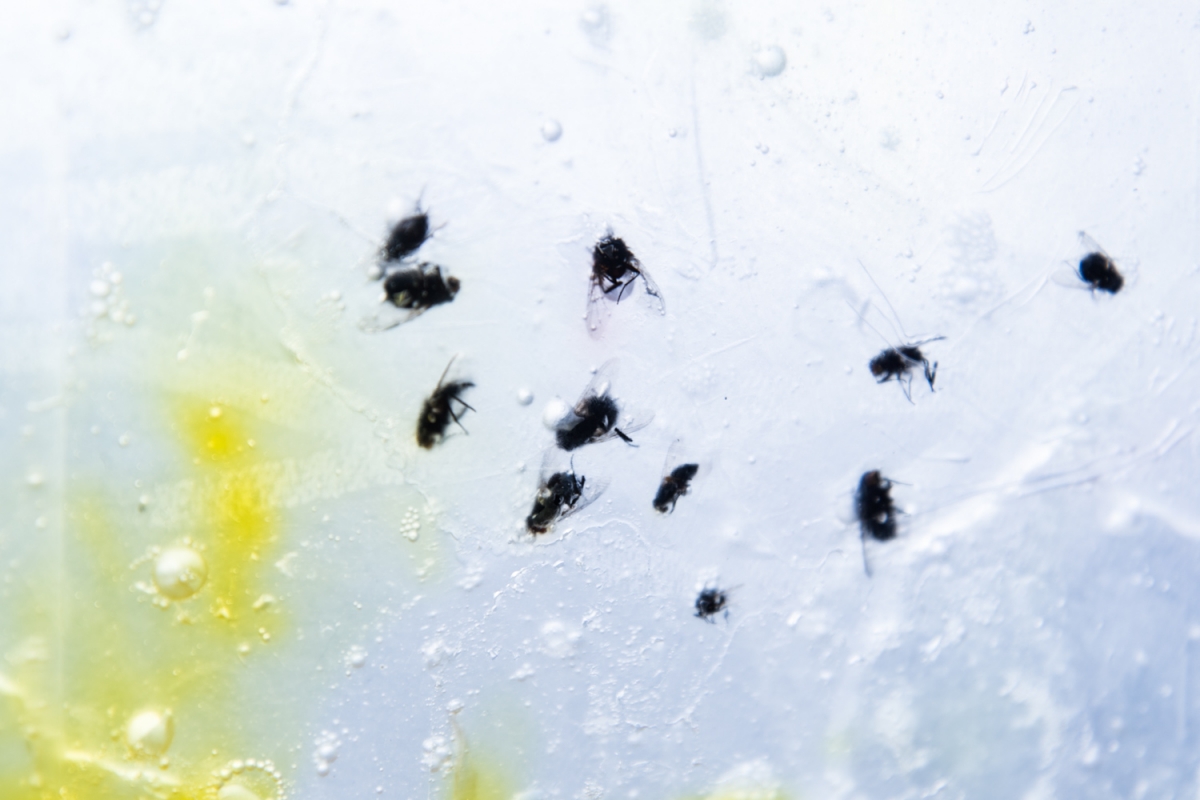 The baseline of Roots to Routes could be considered the duo exhibition Same door, different street by the artists Evita Vasiljeva (LV) and Antoine Nessi (FR), which it was my job to invigilate. On the surface concerning itself with the urban, while conceptually digging among the programme’s other themes, the show featured cast iron bollards by Nessi, alongside soap sculptures and a photo-collage by Vasiljeva. Depicting familiar objects in unexpected, playful ways made these works at once accessible and intriguing. Instead of convincing visitors of the work’s merit, I found myself tasked with breaking the spell a bit, if only to make it a little stranger.

It sufficed to tell visitors, attracted by the colours of Vasiljeva’s lamps (aptly entitled Seven reasons why you should make time for the sunsets I-IV, 2020), that they were made of soap, as opposed to more traditional material, to induce some kind of joyous ‘Wow!’ effect. But these works are not gimmicky, so while sometimes I would leave people to their marvelling, generally I felt compelled to engage them in a more nuanced dialogue, even at the risk of spoiling things. I would point out the dead flies trapped inside, noting the reference to Baltic amber. The artist, I related, had had to bring them from her studio in Riga ‘because she couldn’t find dead flies here’. I couldn’t help feeling a little sceptical. If I wanted to push further, I would recount how, although inspired by the famous savon de Marseille, Vasiljeva’s soap actually came from the UK, as she required a kind more suitable for casting. A part of me wished this were not the case, and I had the feeling that some visitors also felt let down. However, it fitted perfectly with some of the themes we hoped to discuss. It screamed ‘globalisation!’ The lamps even looked like globes, while the window resembled a weather map.

If Vasiljeva’s pieces spoke to the global, Nessi’s took a more local approach. His sculptures were created within the framework of a residency at a nearby foundry, where the region’s actual bollards and other pieces of ironwork are created. Three of his bollards (one a found object, which stood out by its smooth, well-preserved black finish) stood at the front of the gallery, mirroring those on the outside, except for the big eyes staring back at them. While these manipulations were not the only ones employed by Nessi, they certainly brought the work to life most, and begged for an explanation. Many were possible. On one hand, they paid homage to those who had lost eyes to rubber bullets during the yellow vest protests. On the other, Nessi referred to bollards in general as ‘guardians of the city’, so common that we no longer notice them, but very much there to protect us. Claiming such a thing in the public space, though, also contains the potential threat of surveillance. Safety, security and surveillance are ever wrapped up together on a kind of spectrum. These bollards’ names (Citizens I-III, 2019-2020) give us a sense of where they might stand, but we can never be entirely sure. 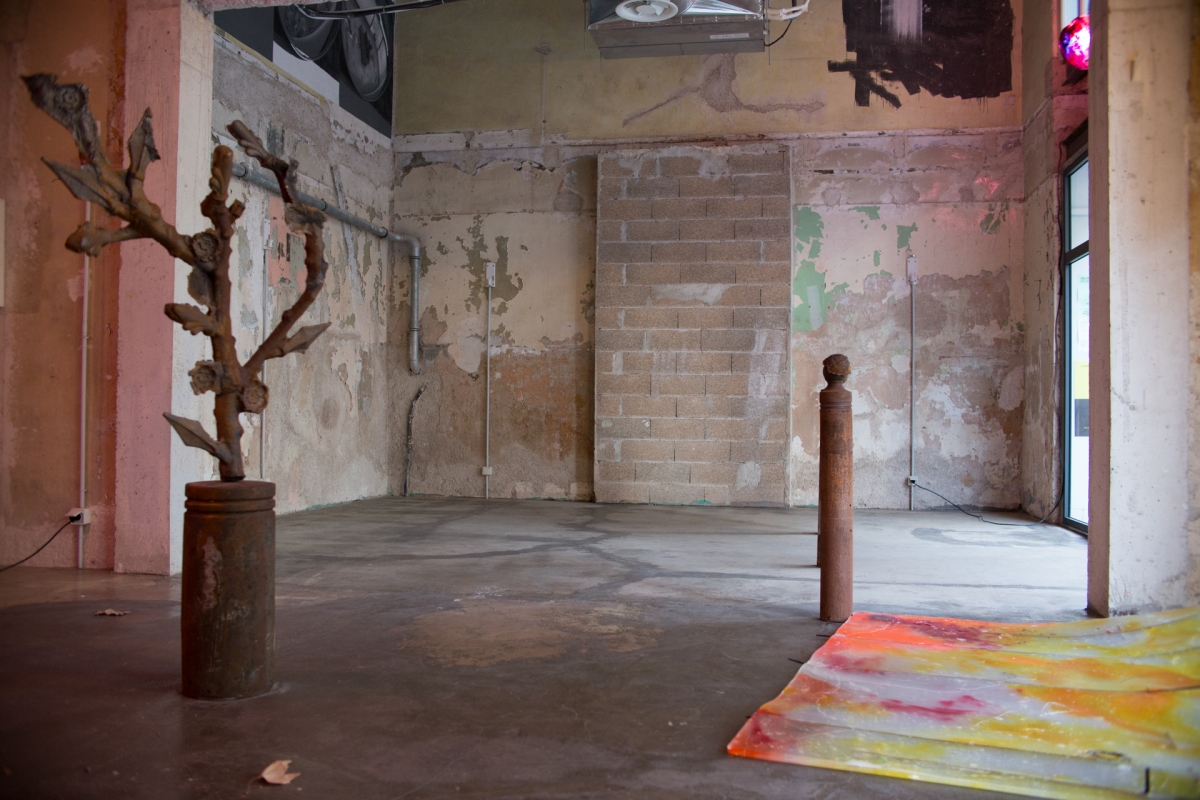 Vasiljeva’s works engaged with this discourse as well. Three Mirrors (2020), a grainy, black-and-white photographic collage, was pasted high in the corner on the wall behind the citizens. Depicting security mirrors in another gallery space where Vasiljeva had previously worked, they were placed opposite where such mirrors might normally be situated (this was once a shop, after all), in the very corner that was hidden from view, as I sat in the shadows at the back of the gallery. Visitors often did not seem to notice the piece, and I myself would sometimes forget about it. As with actual security cameras and mirrors, it blended in by design. Her streetlamps touched on the topic as well, albeit more lightly, representing one of the more basic, essential elements of safety in the urban environment. The fact that they are made of soap, of course, adds an extra layer of protection. But, I wonder, do the flies not negate the hygienic quality of the soap? After all, who would buy a bar of soap with dead flies in it?

Her other soap piece on view here, Same door, different street (2020), served as something between a window and a curtain. Fittingly sharing the title of the exhibition, it blocked much of the view of the street, lending the inside a greater feeling of hermeticism. Steel cords gave it structure, while also sticking out in places. From the start, we contemplated whether it would fall. Eventually, aided by a particularly strong mistral one night, it did. The artist preferred we let it be.

The space itself, meanwhile, had suddenly opened up more to the outside world, though it had hardly been so closed-off before. For throughout the many hours I sat alone in the gallery, I was accompanied by the soundtrack of the city, especially the constant passing of the tram. Even if the wind would not let me keep the door open, there remained the soft sound of running, then dripping, water, coming from a pipe connected to neighbouring flats (to quote Nessi: ‘It’s a collaboration with the local community’). People often asked if this, along with the bulbless light fixtures lining the walls, or the richly textured walls themselves, was a part of the show; the answer being ‘No, but in a way, yes.’

Thus, on certain days, the space, as much as the art, was of interest and a matter for discussion. Many asked what it used to be, or what it would become. Some inquired directly about the price of rent. They would marvel at the courtyard: a group of architecture students spent half an hour there, while lamenting the lack of access. Others told me how this, and all its surroundings (many of which are now empty), had been home to small businesses not long ago. One found the changes sad. Another laughed at the irony, noting that the rue de la République, from its very start a century and a half before, had sought to attract the bourgeoisie, to turn the city of Marseille into something it was not, and failed. The exhibition, at least, a piece of private property rendered fun-house mirror of the public space, seemed enough at home here. 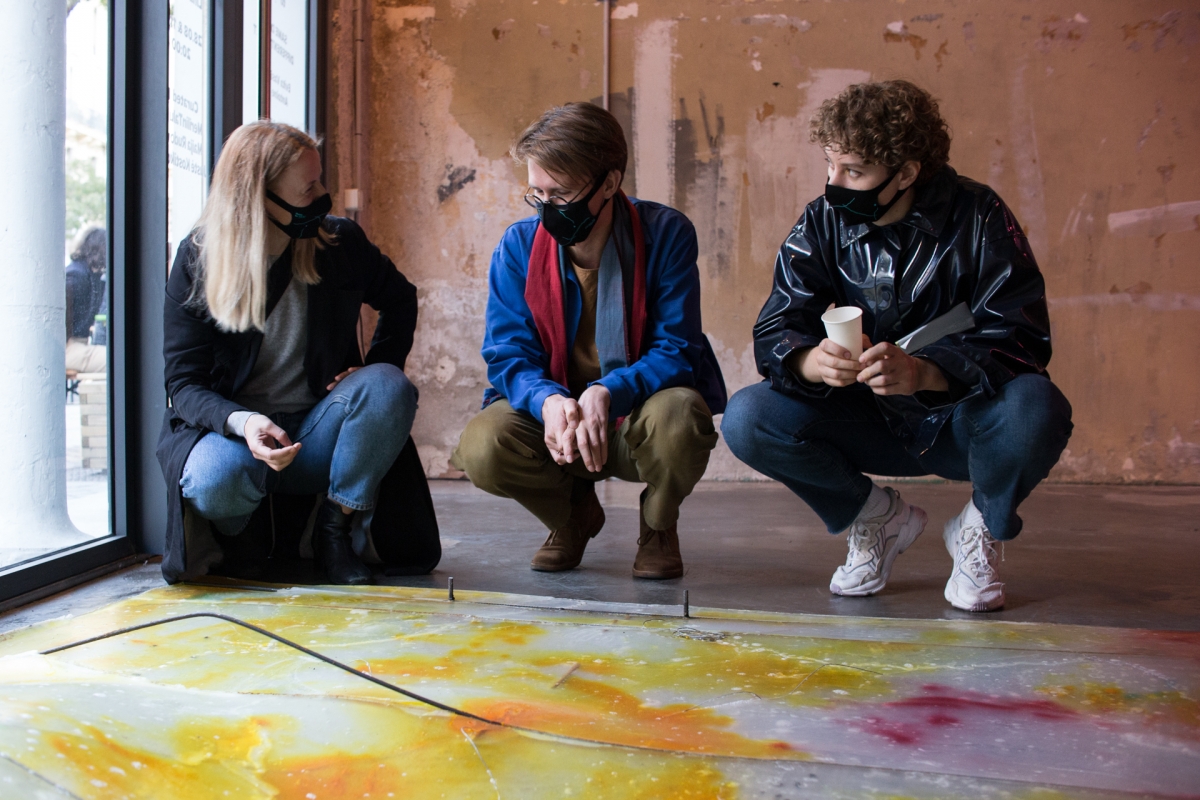 I wondered, though, if it was really at home in the Roots to Routes programme, or if the project itself was too large to even serve as a kind of home-away-from-home for all these artists. Being on the front line, so to speak, I was fortunate enough in needing to keep things simple, focusing mostly on the exhibition directly in front of me. As an inside-outsider, though, my experience of the rest of the programme was more complicated and conflicted, as I found myself trying to inform people about Baltic artists, as well as the city of Marseille, while being in a process of learning about them myself.

Just as a connection between Marseille and the Baltics could be uncovered with sufficient research, while also being under construction in the present, one might venture something similar for the most elusive of themes explored by Roots to Routes: the Baltic identity. A matter of long, complex, and at times buried histories, it is still largely a rather recent story, and even a kind of fiction (particularly regarding the question of what makes a Baltic state), one which both already exists, interrogated or not, and can become whatever these artists and curators make of it. Could this not include an American of Litvak origin, studying in Estonia, writing about his work for a Baltic art project in Marseille? Like Vasiljeva’s soap sculptures, identity can be fluid, layered and global. Like Nessi’s bollards, it is the object of increased curiosity and study when taken out of its original context.

After spending a few years in the region, trying to make sense of the question of Baltic identity, and for some time being a part of this project, I’m left with such a complicated sense of its meaning, and even its existence. In the context of Manifesta, though, Roots to Routes and its artists stand out, whether for certain aesthetic reasons (the colours of Vasiljeva’s lamps, for example, were inspired by Mediterranean sunsets; but to me, they are much closer to those found in many Baltic paintings than those of southern France), or for the issues raised, particularly around the history of occupation and memory. Though at times overwhelming, the project left me with a much greater knowledge of the scope of Baltic art, a more nuanced sense of its past, and so many ideas and assumptions to reconsider on returning to the region a few months later. 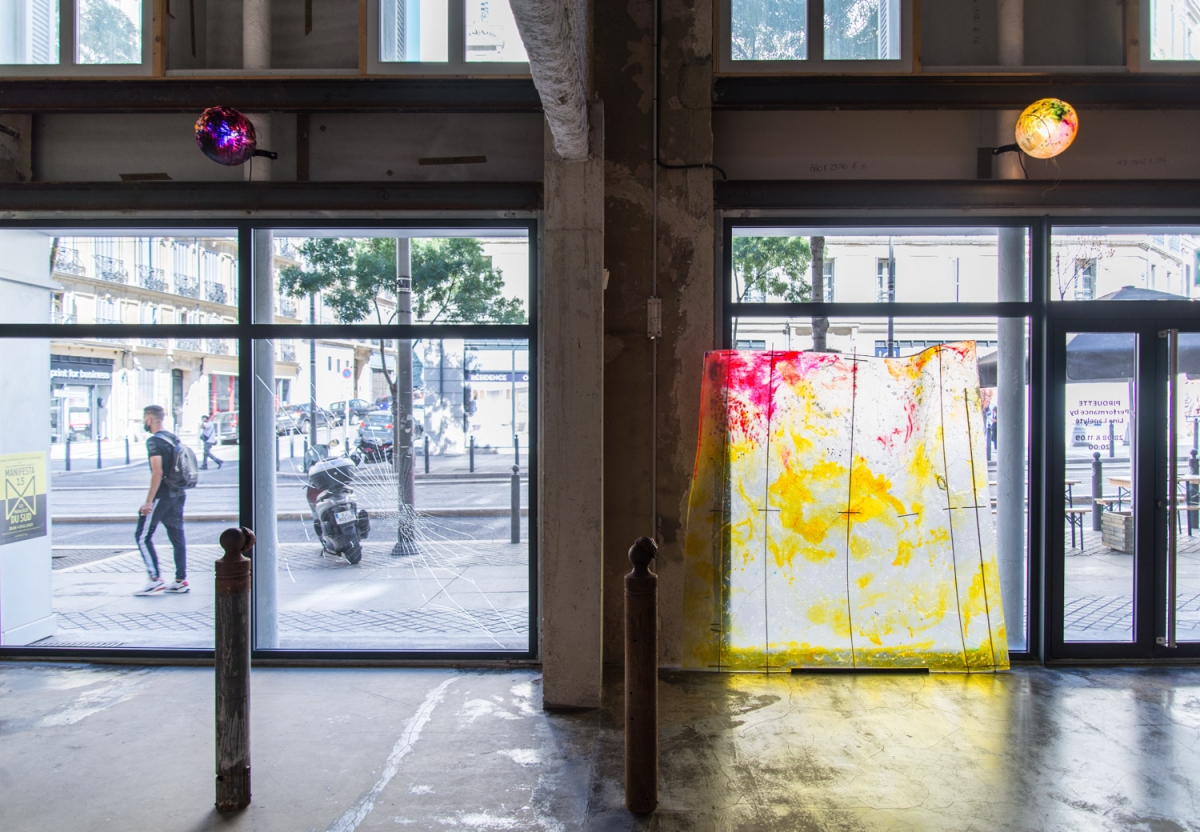 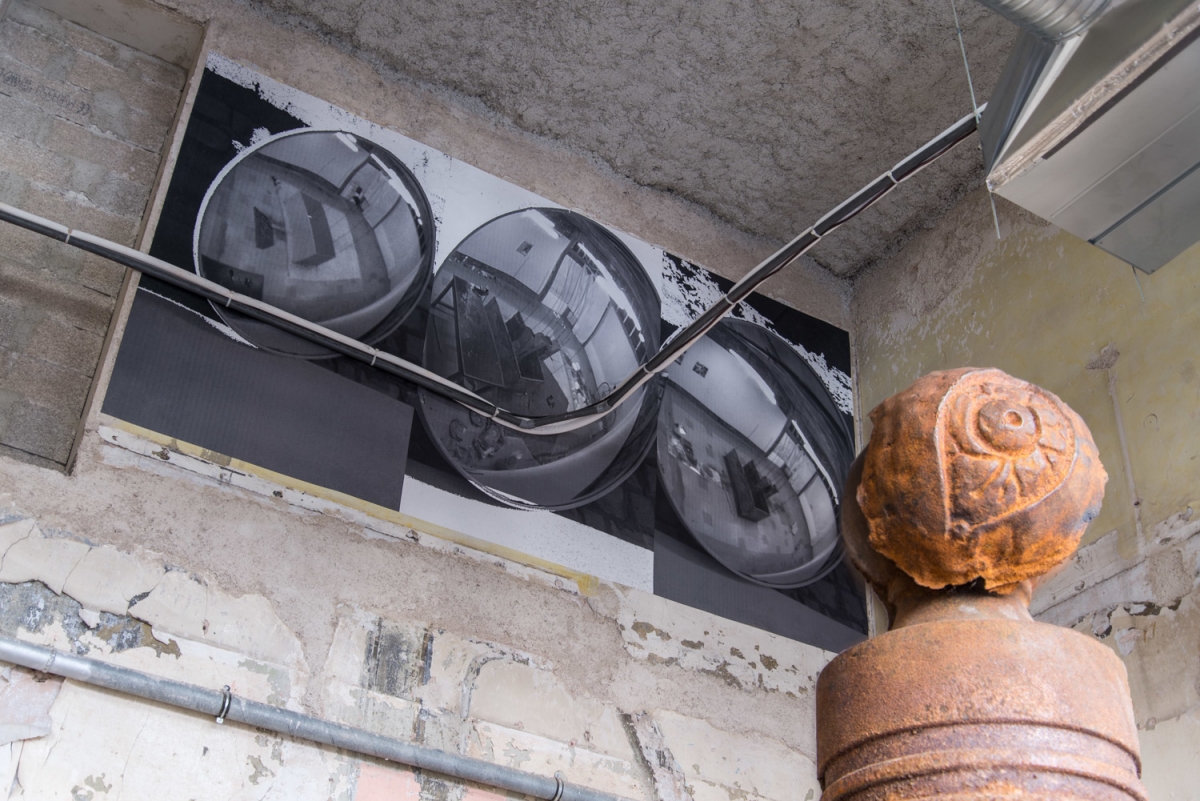 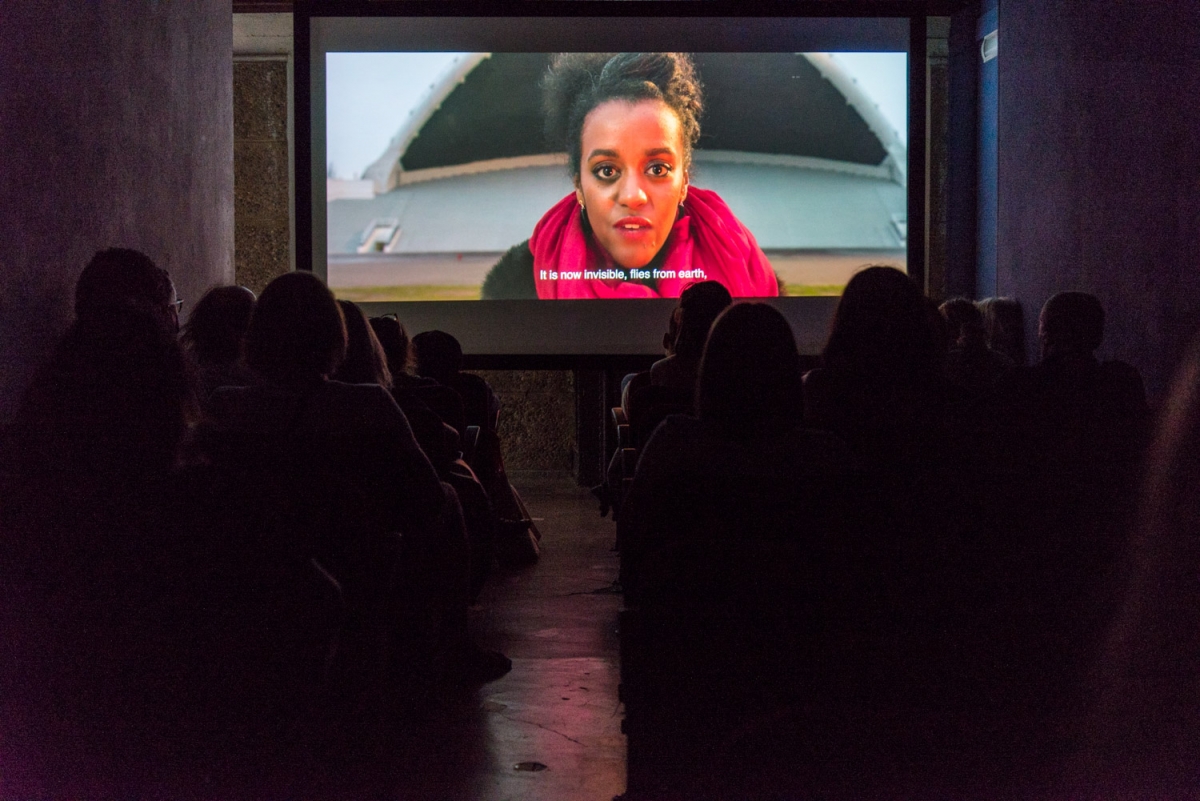 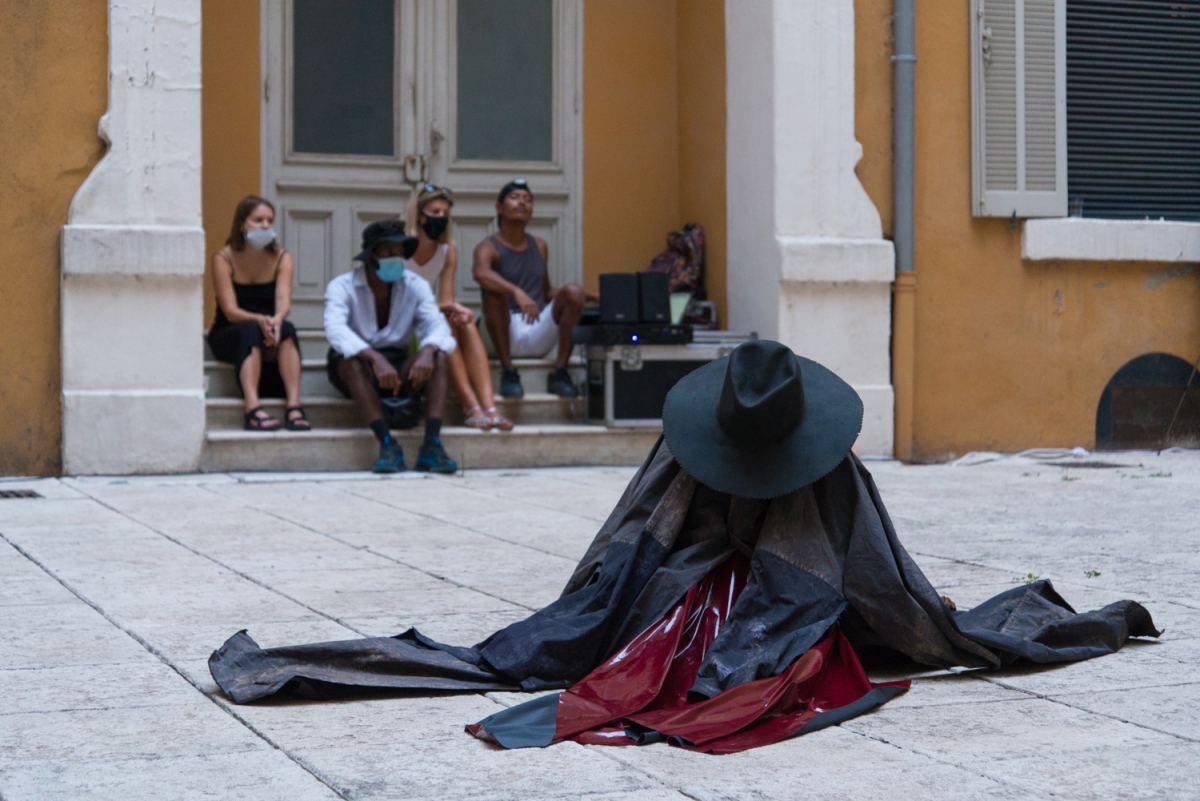 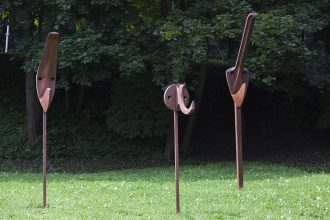 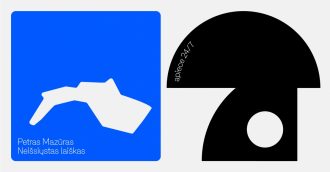 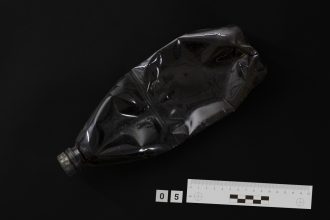