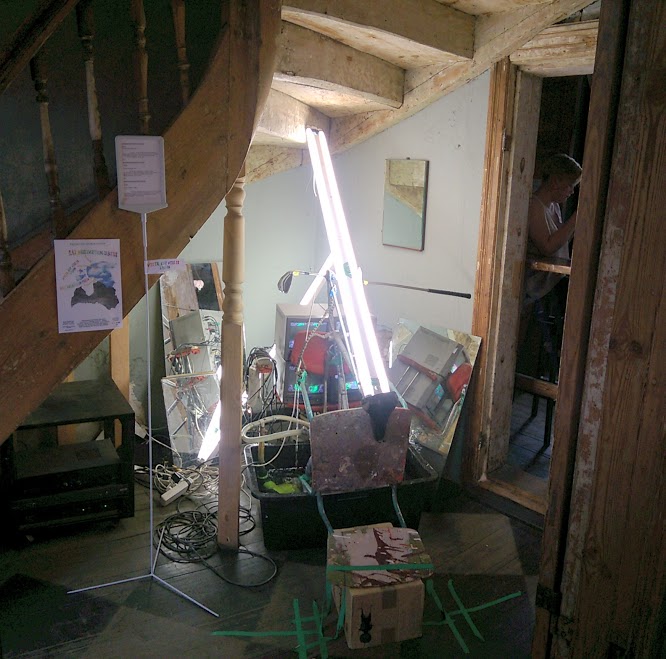 Exhibition „Place where everything is better” researches the popular opinion in Latvia – life in Estonia is better than in Latvia – through the language of conceptual and visual art. Almost all studies about local situation in economy, politics and the awareness of citizenship indicate that the Republic of Estonia has better achievements. As a result in past 10 years Estonia and Estonians, which in the past were seen by Latvians as slow and ridiculed neighbors, have become the Land of Happiness with citizens who are always making the right choices. Of course, even if you see the actual statistical indicators, in reality most of it is a myth and stereotypes that Latvian Media likes to involve in their publications.

The goal of the exhibition “Place where everything is better” is to review the opinion of Estonia being the Land of Happiness. The invited artists and art theorists – Vika Eksta, Gundega Evelone, Andris Landaus, Andris Maračkovskis, Santa Mičule, Edgars Ošs, Indrek Grigor & Šelda Puķīte in colaboration with Reinis Hofmanis, Krišs Salmanis, Ieva Saulīte, Zīle Ziemele – are creating works / texts / ideas, which will reject or support the assumption. Chosen artists have already touched socially sensitive topics in their creative activity and they have smartly reacted to the events in local political scene.

Artists use the myth of Estonian majesty as mirror for projection of Latvia’s own neurosis and complexes. Artwoks are created in various techniques and cover wide circle of methods of art as social message. Curator ‘knohow’ has affected to authors’ choice for ideas, materials and viewpoints to stay in exhibition topic. Artists and art historians could work absolutely free, thus it was chance to arise original and unpredictable answers for question “Is/why everything is better in Estonia”.

The first anchor point for this exhibition was Museum of Valga, Estonia – symbolically perfect place where speak about relationship between both neighbor countries. Remarkable that “Place, where everything is better” gained great response from Estonian inhabitants of united town Valka/Valga meanwhile latvians were very distant.

Now this critically evaluative project will be shown in the heart of the Latvia – in Riga, at Kaņepes Culture Centre and surprisingly this place is opposite to Estonian Embassy.

Agreeing with the myth of economically super-developed Estonia, thus agreeing with the myth of Latvia as the place where everything is bad, it is planned that the artists would create their work from ‘budget-friendly’ materials. Undeniably it gives bigger creative challenge, as well as liberates from the necessity of searching funding from culture funds of the Latvian state.

Accordingly, there is no risk of becoming politically involved and it keeps the creative spirit free until the end.

The exhibition is supported by “AH OH”, Kaņepes Culture Centre, the project “One Hundred Poplars.