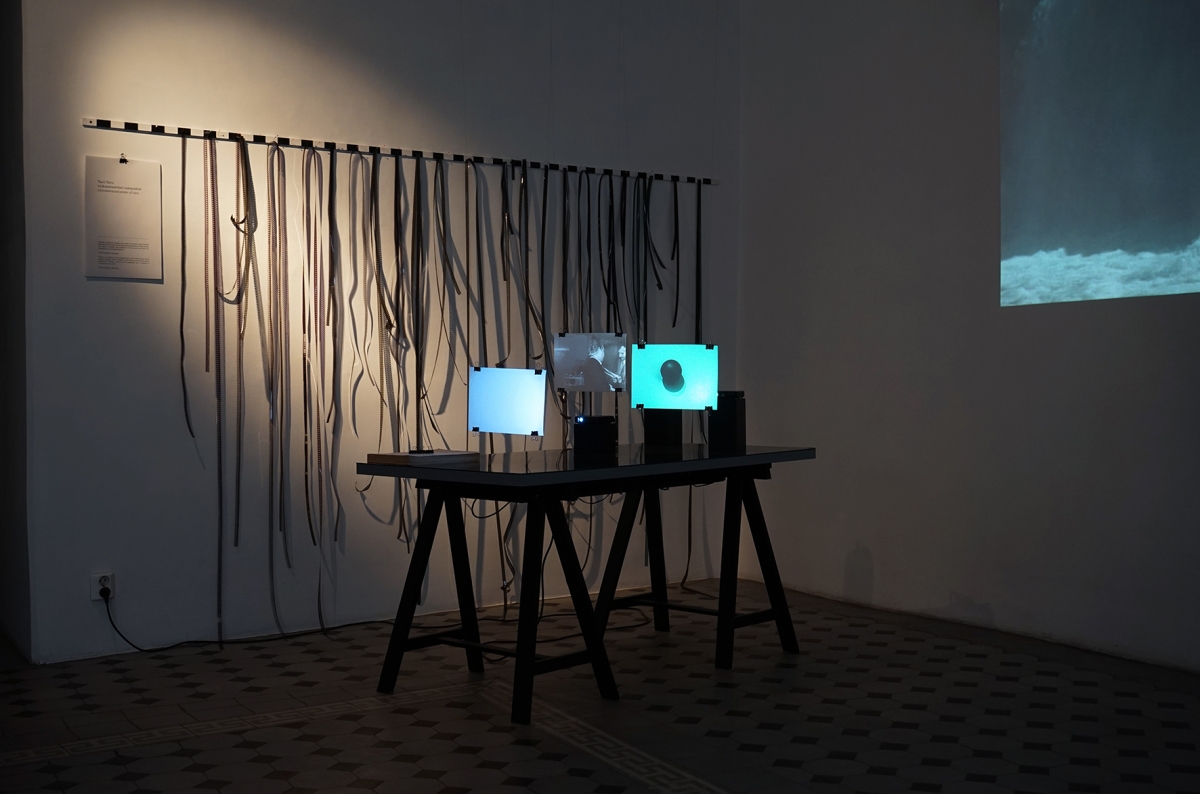 Taavi Talve’s personal exhibition (re)constructed Points of View will be open in Draakon gallery since Wednesday, April 6th, 2022. Finissage of the exhibition will take place at 8pm on April 29th.

There is no evidence in the structural logic of the filmstrip that distinguishes footage from a finished work. Thus, any piece of work may be regarded as footage that can be used in any form to construct or reconstruct a new work.

Hollis Frampton, filmmaker (Re)constructed points of view by Taavi Talve places film as a found material in the middle of the installations. Based on the fact, current exhibition refers both to the materiality of (the illusion of) film and the irreconcilable contradiction in the center of moving image – its immobility.

Taavi Talve (b. 1970) is an artist working in various media. In his recent films and installations, he has been based on subjective experientalness and the influence of past events to his personal life. These observations combine the factual and the fictional, the documentary and the illusory. Talve has studied sculpture at the Estonian Academy of Arts, lives and works in Tallinn. His personal exhibition “I was in Timbuktu” (2022) is currently open in Tallinn City Gallery until April 10th.

Supported by the Cultural Endowment of Estonia, Estonian Artists’ Association.

Exhibitions in Draakon gallery are supported by the Cultural Endowment of Estonia, Estonian Ministry of Culture and Liviko Ltd. 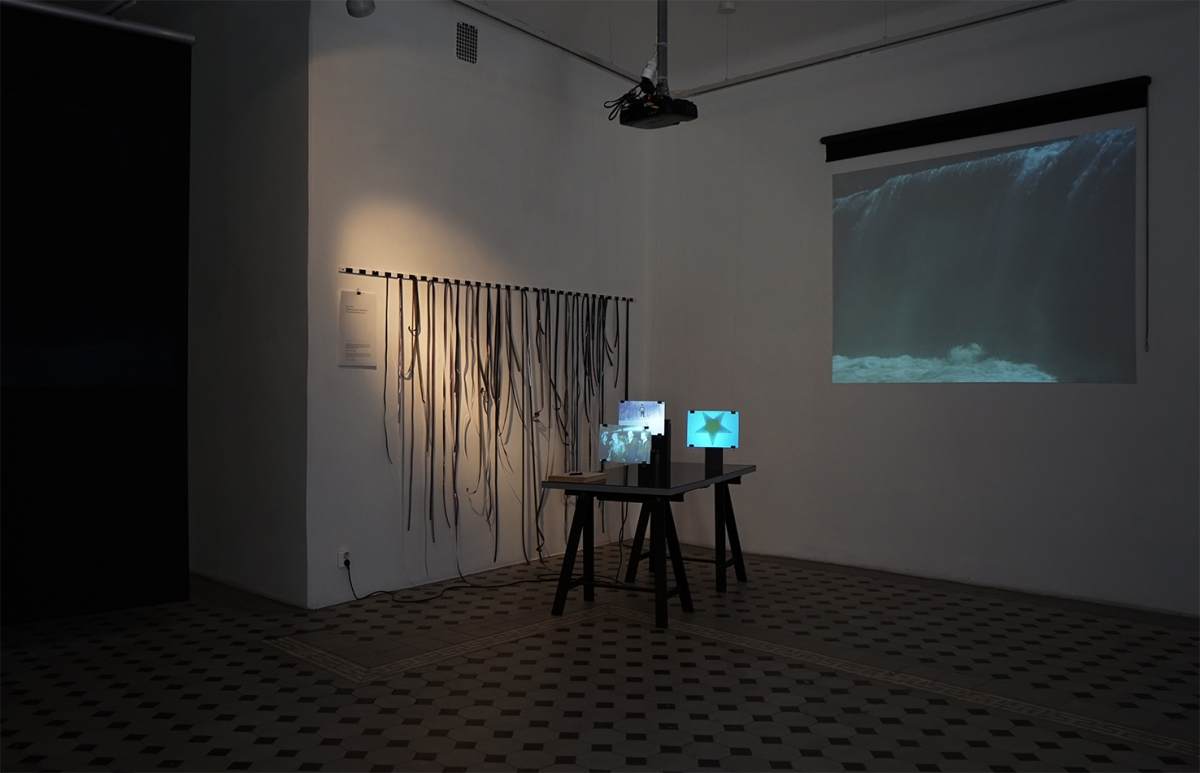 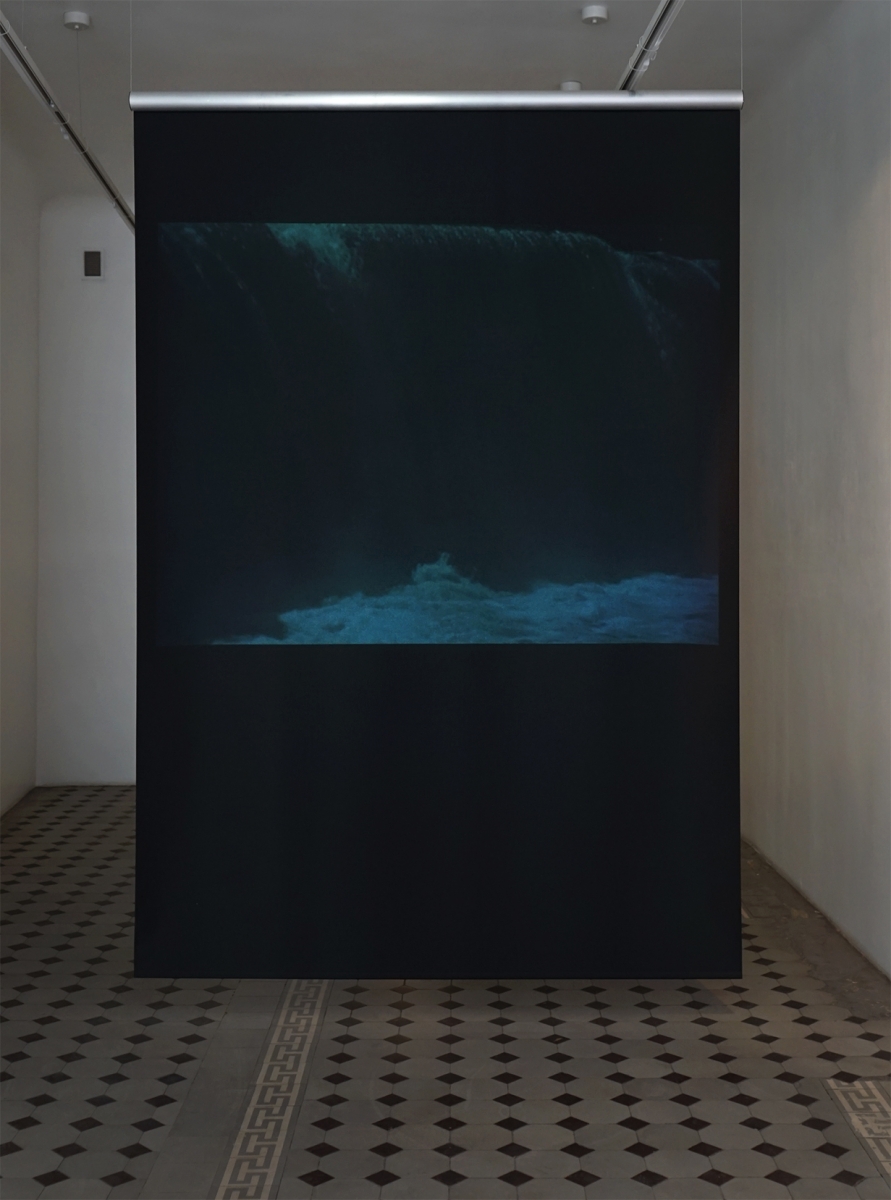 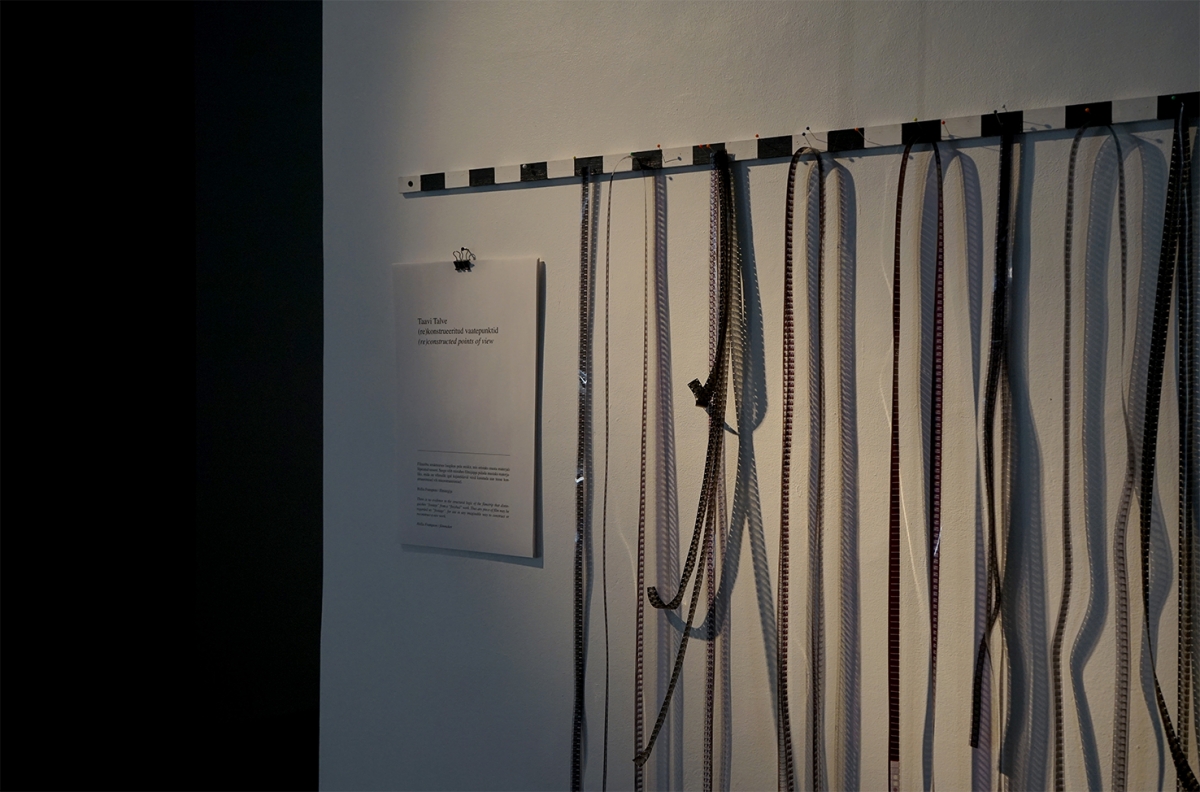 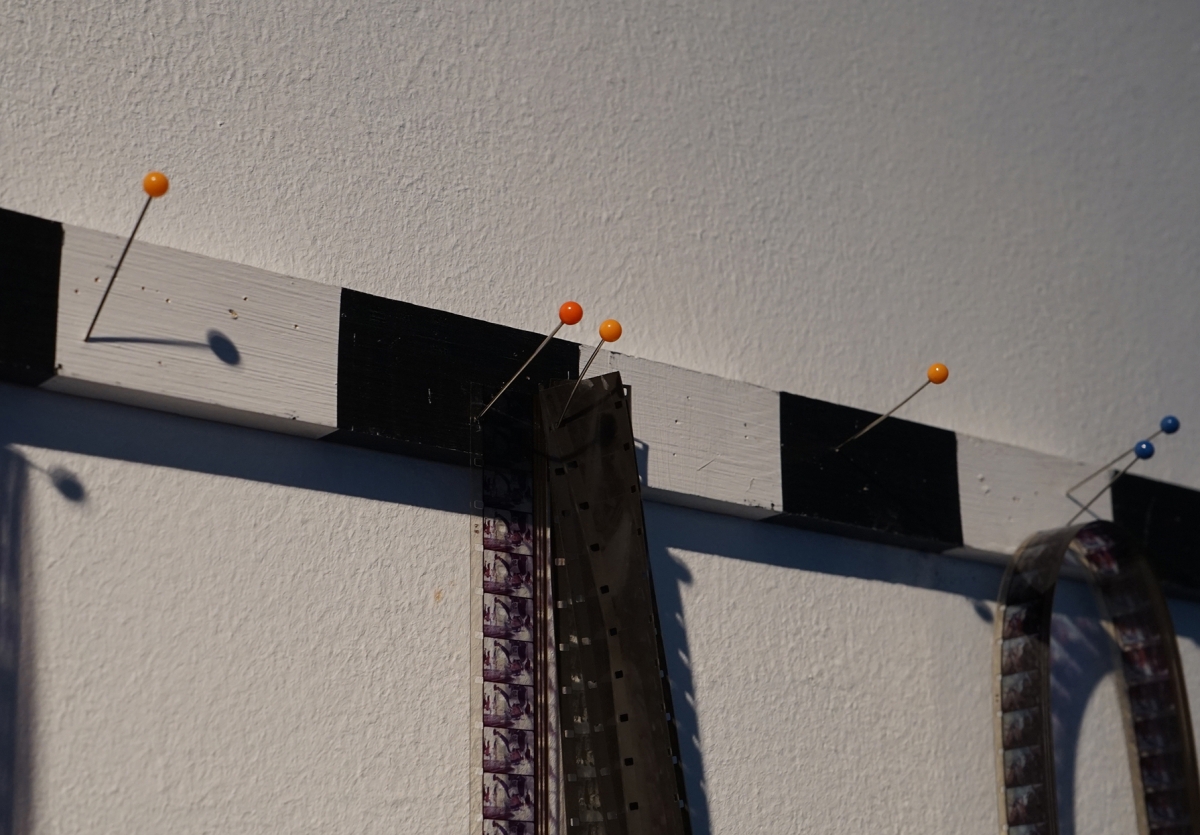 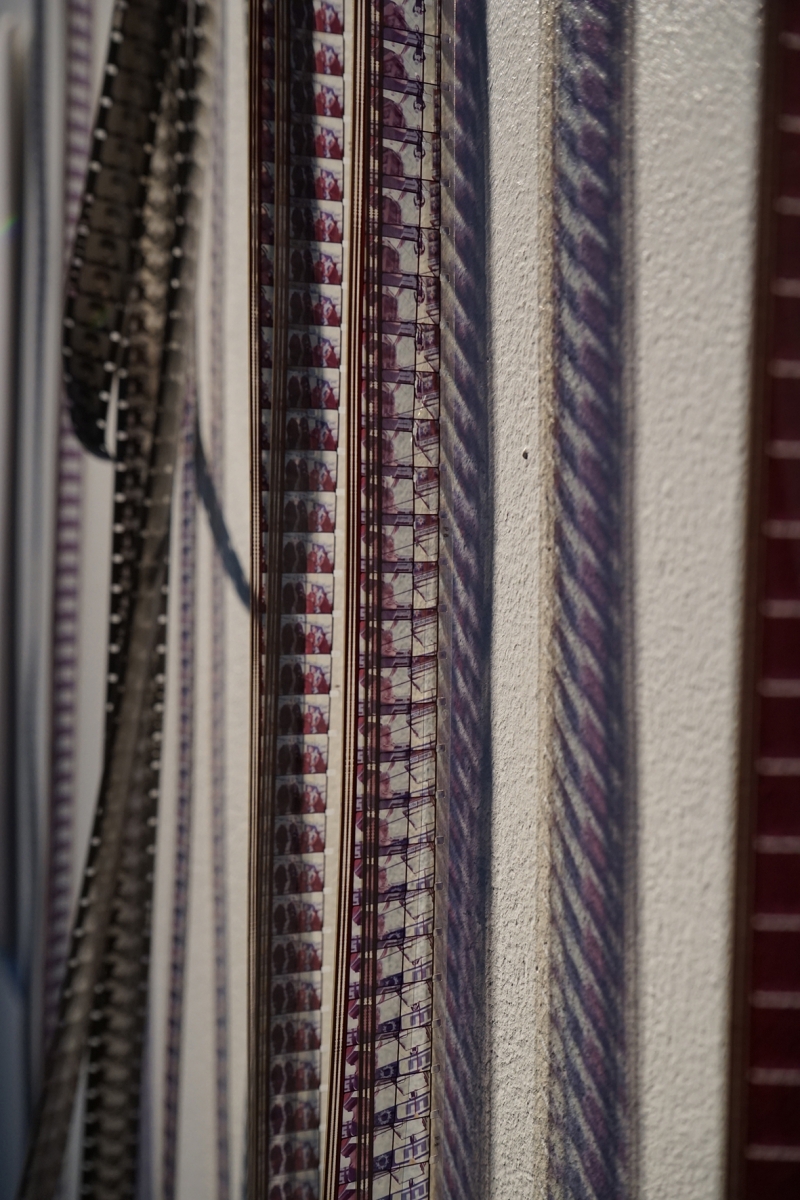 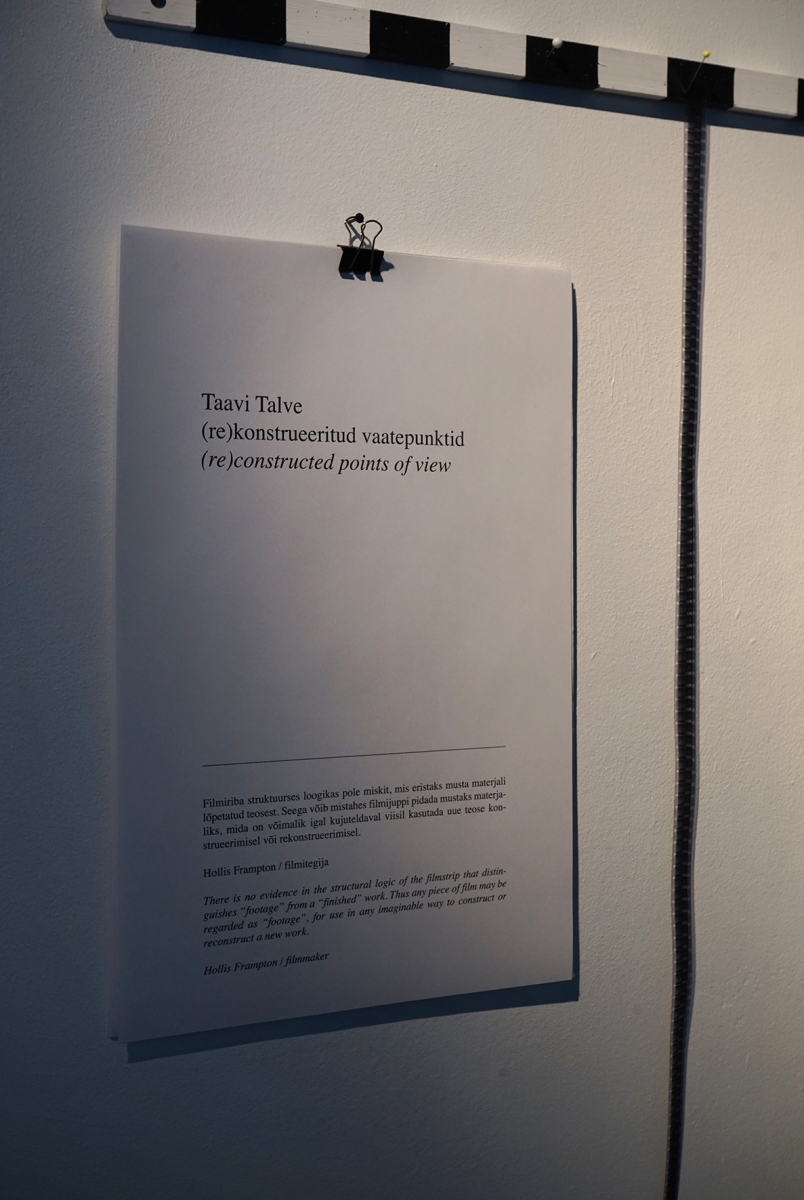 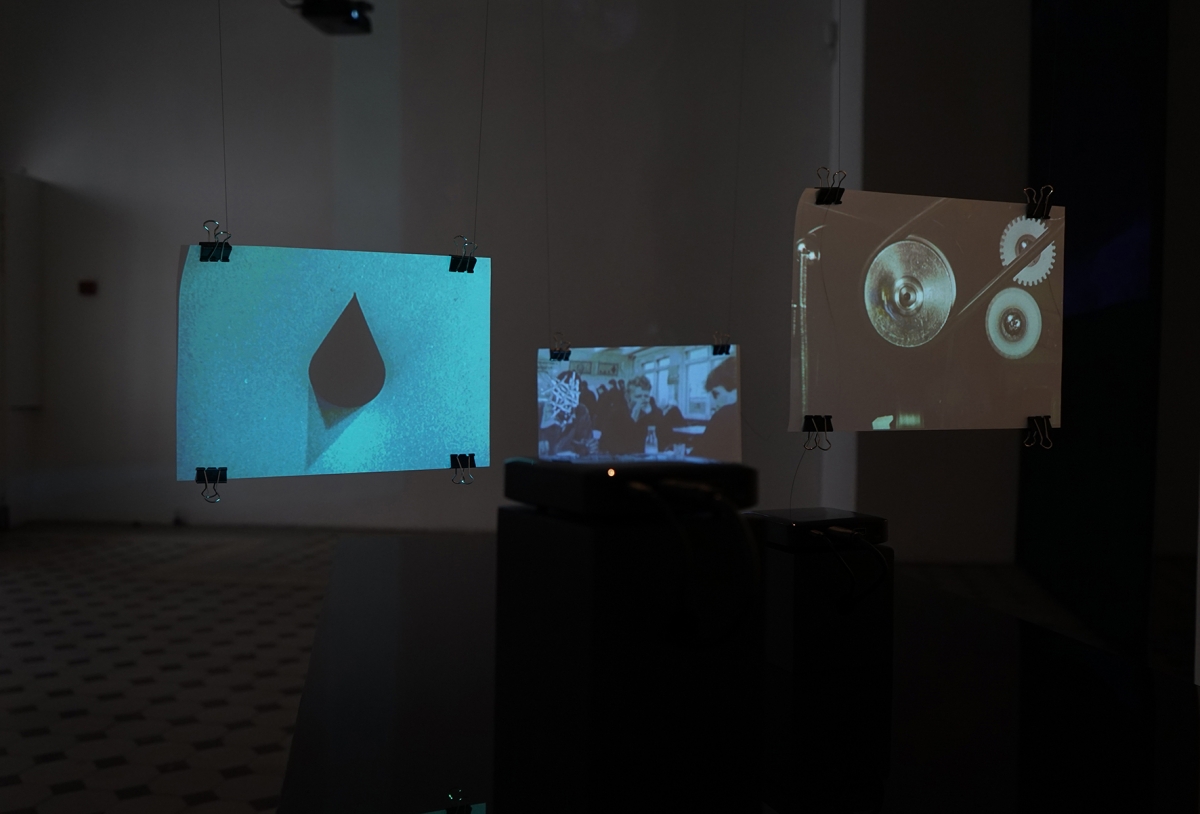 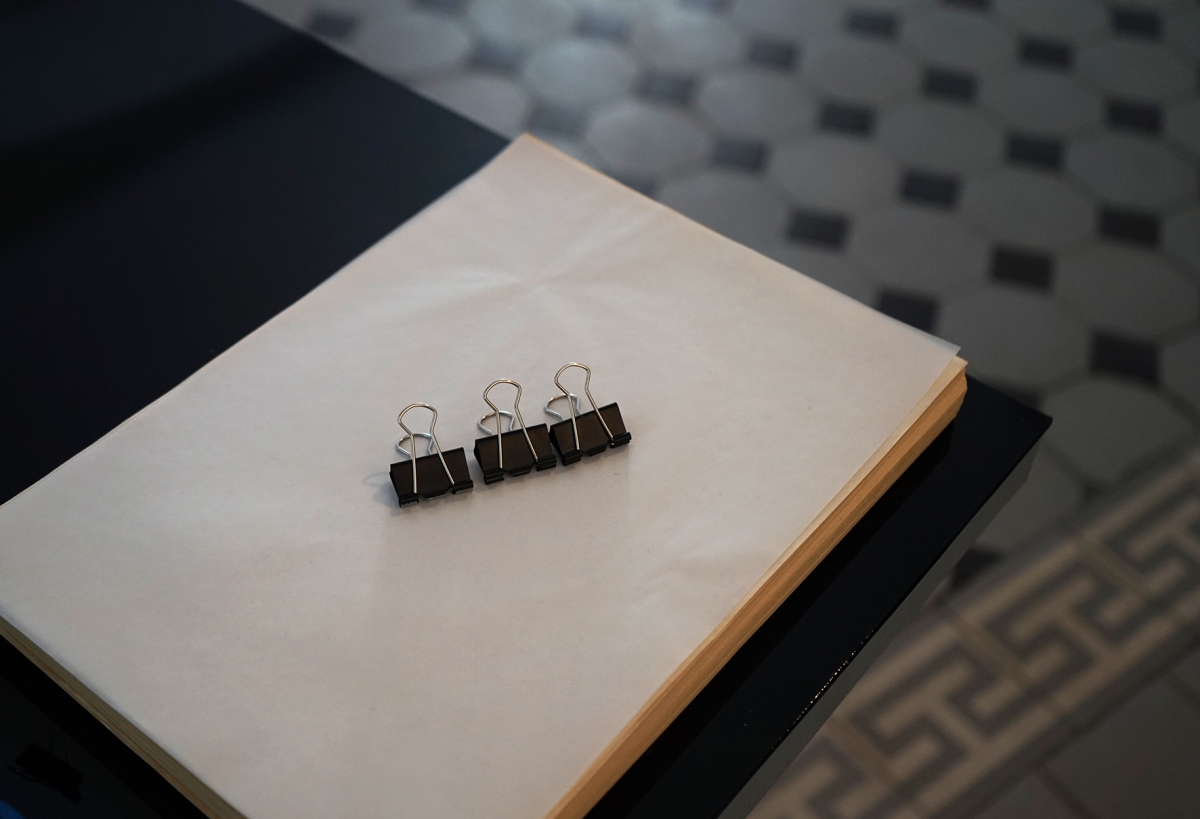 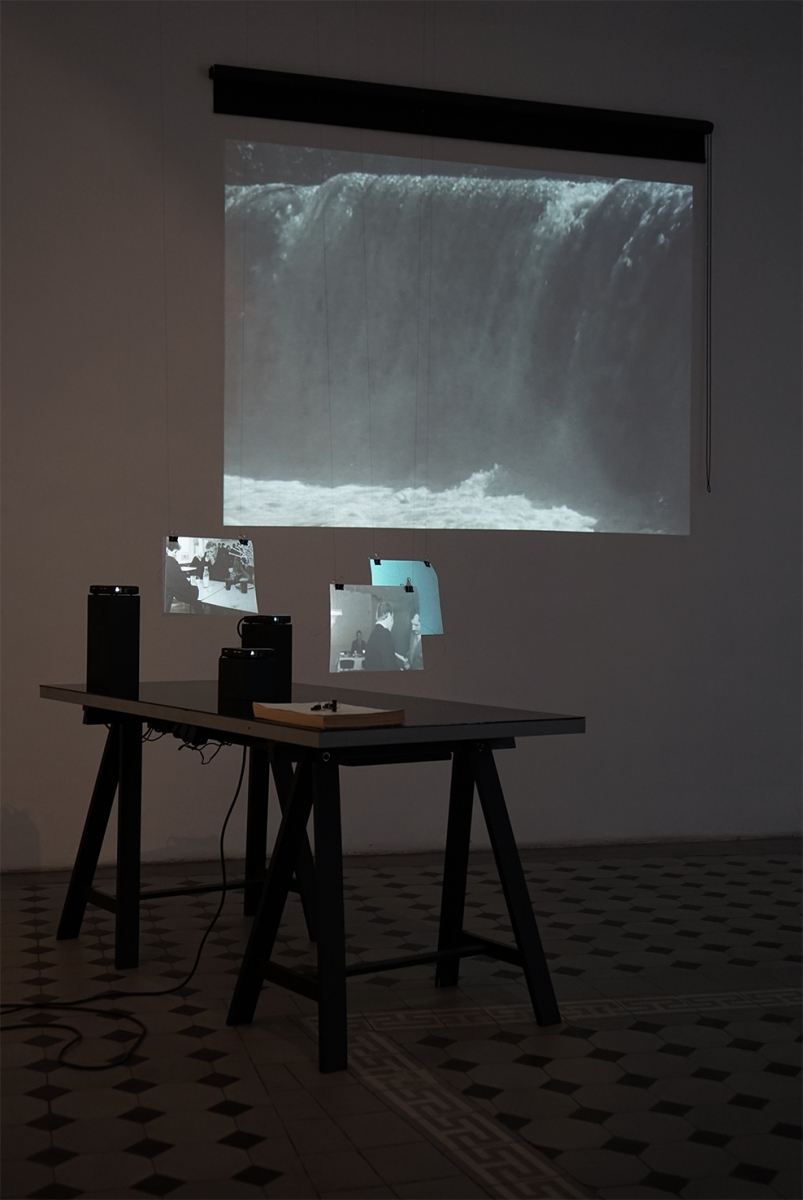 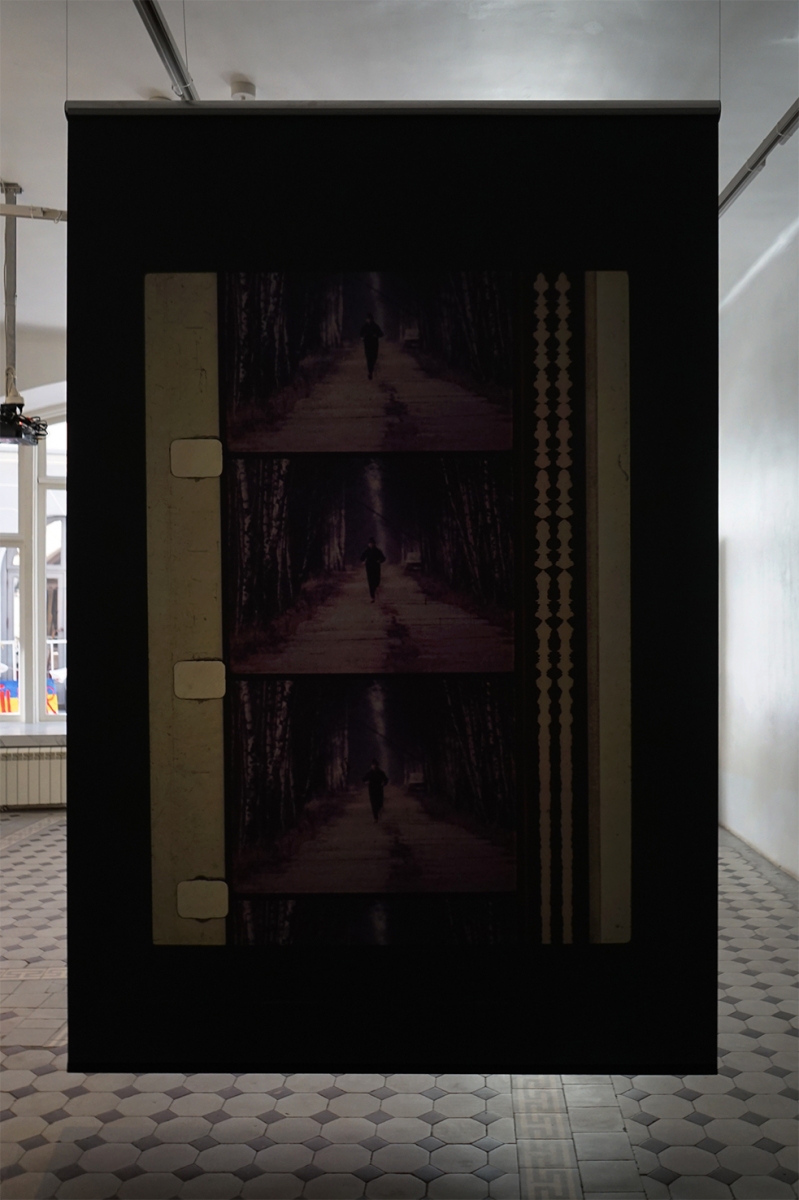