Paintings that have nothing and need nothing 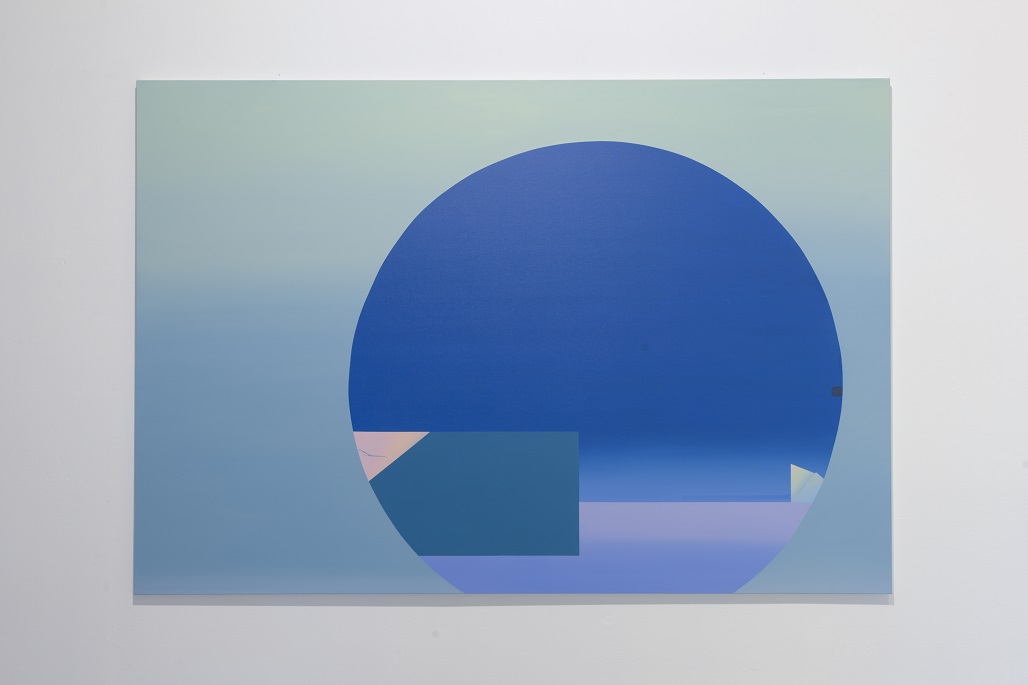 The first time I saw the work of Linas Jusionis wasn’t so long ago. While browsing and creating a virtual collection of the art I liked on the art website www.artsy.net, my eyes became accidentally drawn towards a piece by Linas Jusionis. Here, his works are on display at the Vartai gallery, and the pieces shown are from his new Decadence exhibition. With ongoing discussions about the fall of liberal values, the rapidly approaching (and currently ongoing) ecological catastrophe and the prevailing sense of nihilism and decadence, this exhibition seemed like an artistic event completely in step with the rest of the world.

Linas Jusionis is already quite well known within the context of Lithuanian art due to his unique style of painting. The texts accompanying his exhibitions or works often emphasise his canvases as having many frequently recurring objects – net motifs, fountains, balls, fences, balconies and cyclists.

Try as we might, art will never be valued totally objectively. It will always feature a tiny element of subjectivity at least. In the case of Linas Jusionis’ work, I didn’t try to avoid subjective evaluations. The first thought that came into my mind when I saw his works was that they strongly reminded me of the metaphysical paintings by the Italian artist Giorgio de Chirico, which exude a strange and indescribable feeling. De Chirico’s work featured images that felt more at home in a dream, or at the very least, seemed to be full of melancholy. Many of his paintings frequently had a strange emptiness, a light with an unknown source, renaissance architectural elements, artificial mannequins and plaster busts. Perhaps it is because of this strange emptiness, the insertion of architectural elements that bring balance to each piece, and the appearance of unclear light sources that made me associate Linas Jusionis’ works with those of Giorgio de Chirico. However, my thoughts soon flowed away from the work of Giorgio de Chirico to That of Lithuanian artist Algimantas Kuras, who pushes aside the people he paints, or often only paints them from behind, constructing his very own unique environments in which we can clearly see conflict, forced invasions and a sense of destruction occurring between nature and technology. Despite being filled with emptiness, these elements make his canvases incredibly mystical. In his work, emptiness appears as an exhausted hand that doesn’t seem to hold anything special – just grey everyday life. His canvases are a home for emptiness, its symbols suggestive of the downfall of life. However, one could say that all of these subjective associations of mine are equally worthless. In this exhibition, one must renounce associations and the creation of meanings that seem to occur naturally. However, making comparisons should be possible, for it is only when you are standing in contrast with the ‘other’, that you can understand yourself better.

For the works on display in this exhibition, Linas Jusionis has chosen to completely renounce people as his subject, instead displaying abstractions and geometric shapes which divide each other into smaller pieces. Granted, in some places one can spot some easily recognisable everyday sight like elements of a multi-coloured apartment building, a stairwell, walls or laundry racks used for drying laundry outside. However, whatever Jusionis might have chosen to display in his canvases, all of the objects remain as objects per se. Indeed, the artist wanted to refuse making the various connections that our minds try to find. Here, he could be trying to distance himself from the creation of preconceived meanings and have us simply focus on the object and its existence, its being, and its independence from any chosen colour or location in the painting, or any further connections with other similar or different objects. In other words, and in the lightest sense, it is  ‘decadence’ – without any sense of downfall or negativity; ‘decadence’ with a desire to grant independence to the separate visual elements that exist in the work. It is also an easy bite to swallow for lazy exhibition visitors – his pieces are dominated by this colour and that colour and repeatedly feature these objects and those objects. That’s because there’s nothing else left to interpret there and that is how it is. However, an visitor to the exhibition with a more attentive or intellectual outlook, however, might actually find an even greater challenge in this downfall, for it’s impossible to not create any meanings. It’s also impossible not to create any interpretations. As our thoughts travel from one visualised object to another, they will undoubtedly always create connections, and it doesn’t matter if they’re mistaken or totally unnecessary.

In fact, Linas Jusionis has created quite a bit of confusion with this exhibition. The first abstractions – by those of František Kupka and Piet Mondrian, a bit later, – similarly generated confusion. Their work presented certain ideas, feelings and rhythms instead of displaying specific objects. However, if the course of art history up to present day has strived to rationally discover the meanings and interpretations needed to explain a piece, Linas Jusionis gives us a chance to refuse all of that. And such an opportunity must not be wasted.

If you were to ask me how I viewed Jusionis’ works at Gallery Vartai, I’d say I did so slowly. Time does not exist in his canvases which are dominated by unnatural colours that are not normally found to be dominant in nature. I’d say that his choice of colours was actually thoroughly aesthetic and precise. However, this certainly helps when looking to feel what the artist is painting about instead of seeing what he has painted. The objects he paints together with the proper coloured forms divide the canvas, even becoming obstacles in some places. However, it is that obstructive detail that becomes the most important counterweight in the piece and gives balance to the ‘nothingness’ that is presented. Indeed, Linas Jusionis paints nothing. It doesn’t matter whether visitors recognise his objects travelling from one canvas to another; they will simply remain just as objects we don’t need to label, because they will live on regardless of whether we interpret them or not. The important thing in the Decadence exhibition is standing face to face with one’s self. What’s important is what we feel when we look at works of art. It’s important to notice how our minds cannot help but create meanings and narratives for the things we see in these canvases. Jusionis examines the very principles of painting, but unlike others who examine it, he avoids exploring how each colour influences our emotions or the textures of the paint or canvas. He sits the visitor down in front of his work and instructs them to look at themselves, to see how many meanings they can find in this artistic meaninglessness. As such, when reviewing Linas Jusionis’ entire Decadence exhibition, one single question comes to mind: how can we all distance ourselves from the creation of meaning? 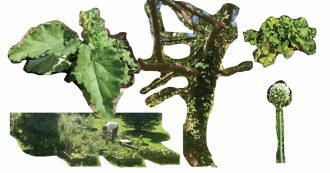 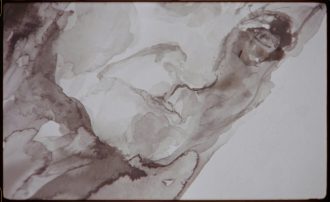 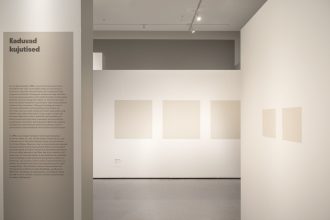