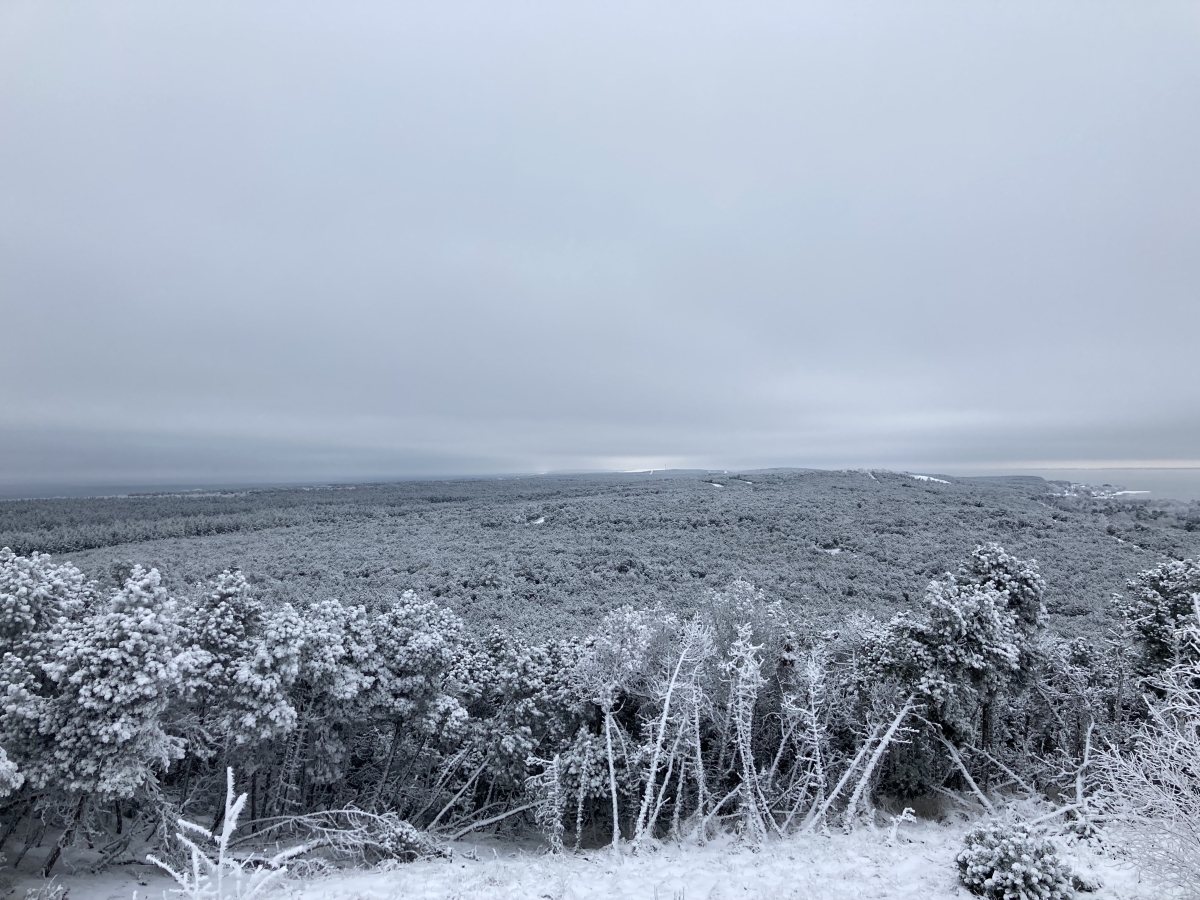 Mountain-pines planted in Neringa 150 years ago, December 2022. Photo by NAC.

As cultural practitioners in Eastern Europe we oftentimes face the limitations of theoretical frameworks developed in Western Europe and North America. Departing mainly from a critique of western modernity and coloniality which enabled capitalism and subsequent environmental and racial injustice, these forms of critique are not directly applicable to the contexts of Eastern Europe and its states, that were a part of the Soviet modernity that operated within different economical and political models. Situated between imperial powers — coming from Western Europe and the Russian Empire, the lands of these states have been subjected to colonial and neo-colonial gazes that mapped and visualized these territories in their own ways, while rendering them into sites of material transactions and operational spaces where bodies, lands, living and non-living matter were cast as resources.

NAC is looking for cultural practitioners researching the Baltic States to join a two-week residency at NAC in Nida, Lithuania. The residency will provide participants with the opportunity to connect, exchange and share their practice with a small number of practitioners from Ukraine and the Baltic States. The goal of the residency is to look together at various specific sites — be it the Curonian Spit in Lithuania, Donbas in Ukraine, or approximations, such as Eastern Europe — and to think about the longer histories of sociotechnical imaginaries and spatial arrangements that inscribe themselves in bodies and lands, imagined as a component of material exchange.

By securing time to be and think together, the intention is to collectively reflect on gaps in knowledge that obscure or mute these territories, their histories, and the material aspects of colonial rendering of these lands into a resource. The goal is to address the sociotechnical arrangements and spatial organizations that enable slow violence and environmental damage while equating the human population and life at large to geological, agricultural, and other forms of matter with usable material capacities.

Throughout the two weeks participants will share their existing work as well as work-in-progress research with the aim to contribute to a laboratory of practises and ideas through fieldwork, screenings, lectures and discussions. During the residency, a shared vocabulary and bibliography will be developed that supports the production of situated knowledge within these contexts.

Participant’s contribution throughout the residency: artist talk or lecture, working on an individual project or a collective work-in-progress presentation.

Participant’s contribution upon completion (by May 2023): a text or a visual essay to be published on the NAC website.

Participation is open to professionals working in the field of culture, academic researchers, PhD students and Postdoc researchers with a focus on the Baltic States.

NAC covers travel costs up to 250€ and an individual residency stipend of 800€.

Please reach out to us by completing this FORM

The project is curated by Asia Bazdyrieva and Egija Inzule and funded by the Lithuanian Council for Culture.