Online | Reflecting the legacy of the colonial past in the Baltics 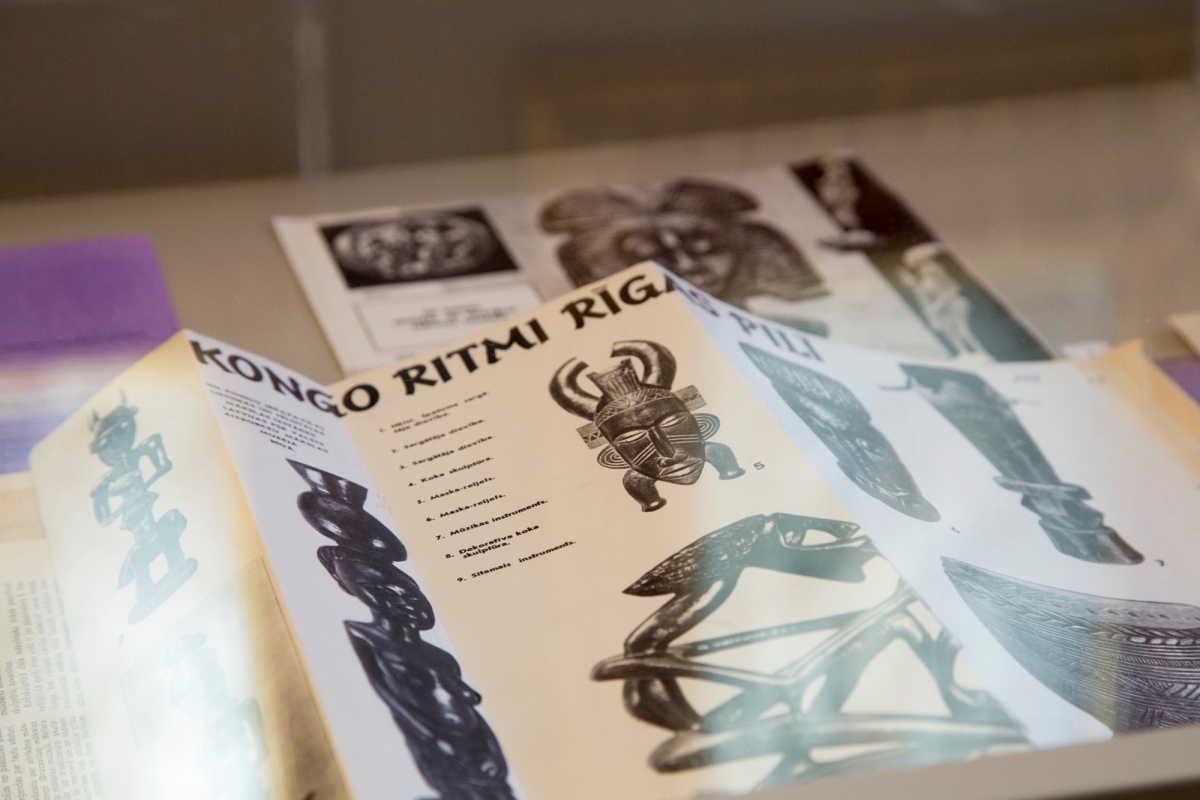 Launching the project “Reflecting Post-Socialism through Post-Colonialism in the Baltics”, the Latvian Center for Contemporary Art is organising a series of talks and discussions that will focus on the imprints of post-socialism and post-colonialism and their historical echoes in Latvia and the Baltics.

The first discussion will focus reflection on the legacy of the colonial past in the Baltics. How can the perspective of postcolonialism, borne as a reaction to European imperialism and colonialism, be applied to the Latvian, Baltic and Eastern European region? How can we think about the legacy of the colonial past here through a critical perspective? How do memory institutions, such as museums, archives and the cultural environment in general, work today?

The understanding of colonialism in Latvia and the Baltic States represents the striking complexity of historical processes in the region. It has been affected both by the Soviet and post-Soviet experience and the historical memory of earlier powers in the territories of the Baltic States; these understandings are also inseparably intertwined with constructions of national identity and self-confidence. In recent years, several art and research projects have focused on revisiting the colonial pasts and power relationships in relation to the Baltic States. Participants in the discussion will analyse several case studies that reflect the colonial past through a transnational and shared historical approach that links local, regional and global networks of colonial power relations.

This presentation will focus on the exhibition Shared History, which took place at the Art Museum “Riga Bourse” in 2018 and inhabited spaces of the permanent collection of the museum. Dating back to before the foundation of the state of Latvia, the collection is mainly built on art collections bequeathed to the city by Baltic German city councilors and merchants in the nineteenth century. Its main holdings are described as Ancient Egyptian, the antique, Western European and Russian, as well as oriental, with particularly extensive collections of Chinese, Indian and Japanese art. Investigating particular objects, as well as episodes in the museum’s exhibition history, I will be highlighting the entanglements and power relationships between the local and the international, unveiling traces of orientalism and Soviet cultural diplomacy, as well as linking cultural history to broader political and historical processes.

Inga Lāce is currently C-MAP Central and Eastern Europe Fellow at MoMA, New York. She has been curator at the Latvian Centre for Contemporary Art since 2012 and curator of the Latvian Pavilion at the Venice Biennale 2019 with the artist Daiga Grantiņa (co-curated with Valentinas Klimašauskas).

Bart Pushaw, “Race and Colonial Visuality between Estonia and Latvia”

This brief presentation gives insight into my research and curatorial practice on the theme of race and racial representation in Baltic art from the nineteenth century to today. I will give a short overview of my exhibition intervention “Rendering Race” in the new permanent display Landscapes of Identity: Estonian Art, 1700–1945 at Kumu Art Museum in Tallinn, and will explore the discrepancies in the art field between Estonia and Latvia that have emerged with public programming and scholarship about race and colonial entanglements.

Bart Pushaw is an art historian at the University of Copenhagen, where he works as a postdoctoral fellow with the international research project “The Art of Nordic Colonialism”. His research and curatorial work focus on the intersections of race, gender and colonialism in global modernism, with particular emphasis on the Baltic and Nordic countries.

Quinsy Gario, “On the ‘How to’ Series”

This presentation looks at two specific artworks that present themselves as manuals for opening up conversations on Baltic participation in the European colonial project. The works also think through the ways in which participation in the European colonial project is presented as necessary for development. The works counter this widely held belief by referring to the victims of this project and those who continue to refuse, resist and flee its violence. The performance How to See the Spots of the Leopard and the installation How to Lift the Arms of De Hoop think through options on how to adjust public discourse about colonialism. In his presentation, Quinsy Gario reflects on these two works and the next steps in his research.

Quinsy Gario is a performance artist, a graduate of the Master Artistic Research from the Royal Academy of Art, The Hague, and has a background in media studies, gender studies and postcolonial studies from Utrecht University. His work focuses on decolonial remembering and disruption. His recent works are artistic research on Courounian colonialism in Latvia and the Netherlands; they have been shown in Kuldīga, at the Stedelijk Museum in Amsterdam, on e-flux and at Het Nieuwe Instituut in Rotterdam.

I’ve come across the figure of Kazys Pakštas through the play called Madagascar by Marius Ivaškevičius. There is a one-vowel difference between “Pakštas” (which has no meaning besides being a surname) and “Pokštas” (“a joke” in Lithuanian), a character in Ivaškevičius’ play. The fact that Pakštas was turned into a joke made some noise in Lithuanian cultural circles — some thought it was a correct reading of his “lunacies”, while others saw the repetition of Soviet propaganda as Pakštas was constantly portrayed in the cinema and press of the 1950s and 1960s as a “mad professor who wanted to move the whole [of] Lithuania to Africa”. So I decided to read everything that was written about him and what he wrote himself. Slowly my attention shifted from “what if…” (concerning the possibility of the colony) to what was happening in the country when he tried to push this idea towards the government. What was he running from? Did he really believe in that possibility? What did he see coming? That’s where I’ve decided to stay while making the film Nova Lituania (2019).

Karolis Kaupinis completed his MA in Comparative Politics at Vilnius University. He used to have a TV program and currently makes fiction films. He enjoys reading and writing.

Cultural and social anthropologist Dace Dzenovska will also take part in the discussion. Her research interests include nationalism, liberalism, statehood, sovereignty, capitalism and migration. Her most recent book, School of Europeanness: Tolerance and Other Lessons in Political Liberalism (2018), explores efforts to perpetuate liberal political values in Latvian public space and political institutions.

The project is supported by the State Culture Capital Foundation in Latvia.