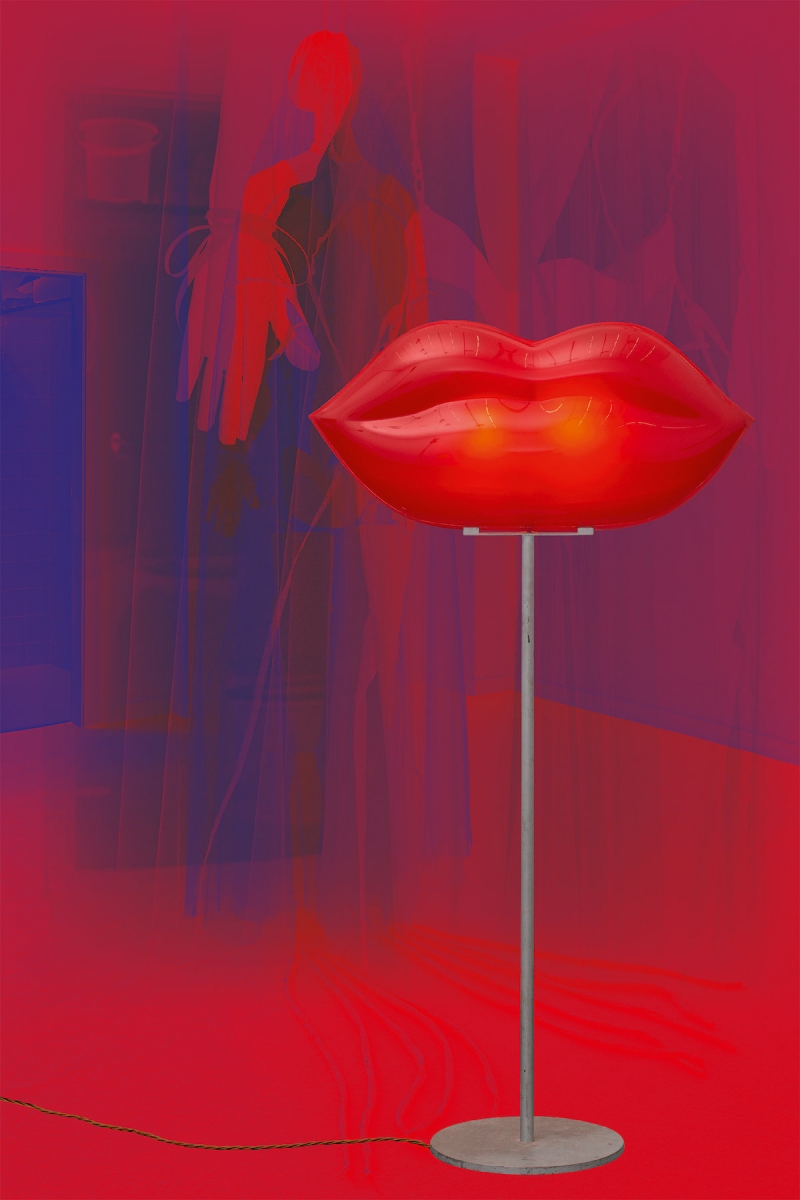 In 1960, Austrian-American psychologist Ernest Dichter published The Strategy of Desire, in which he presented his most important thoughts on the development of market and motivation research. On the basis of Freudian psychoanalysis, Dichter developed methods that he called ​“the art of influence,” designed to continually increase our desire for new commodities. At the center of his thinking rests the assumption that humans make decisions not on the basis of rational considerations but of emotions.

Our large group show Domestic Drama is an attempt to trace and conjure up the ​“souls” that Dichter described, which are allegedly resting in our everyday objects. The scene of this search is a place that is highly formed by emotions: the home. In hardly any other place than our own four walls, otherwise hardly tangible but nonetheless essential categories are revealed — such as our social, economic, ethnic, and gender affiliations. Living somewhere can very directly shape our social belonging and participation, and in particular precisely whenever this basic need is not fulfilled or is precarious.

In our immediate present determined by the ongoing Corona pandemic, this condition has become clearer than ever — the ​“home” has been transformed from a refuge to a place of permanent production, where the borders between the private and the world of work have disappeared and where the conflicts that result from this, which formerly were enacted outside, are now negotiated in the interior of our private realms.

Domestic Drama represents an attempt to understand everyday objects not as tools and objects for use, but as representatives of all of these conflicts, and of wishes and desires that shape our identities. In contrast to a purely educational and analytic approach to the theme, this exhibition intends to use direct and diverse aesthetic and conceptual strategies to create a physical and psychological space in which the processes and mechanisms described above can be experienced.

As well as the ideas of Ernest Dichter, the theories of the renowned architecture critic Beatriz Colomina also play an important role. In her essay The Split Wall: Domestic Voyeurism (1992), Colomina coins the expression ​“domestic drama,” from which the exhibition takes its name. Colomina explores architectural concepts of living spaces whose design derives from stage-like situations, and also makes the subjects and objects in these spaces into the protagonists of a ​“domestic drama.”

The architecture and the exhibition galleries of HALLE FÜR KUNST thus receive a theatrical ​“makeover.” The Portuguese artist Bruno Zhu (born 1991 in Porto, lives in Amsterdam and Viseu) develops a site-specific exhibition architecture in dialogue with the exhibited works. Beginning with his technological expertise in the fields of fashion and interior design, Zhu makes objects that also embody the tension between the ​“habitual” and the culturally unknown. His hybridized objects take up a permanently tense relationship to their environments, critically addressing the mechanisms of symbolic representation.

Alongside this large-scale installation, the artists Olu Ogunnaike and Camille Blatrix, and the artist duo Nigel Gavus & İlkin Beste Çırak will also present new works commissioned for the exhibition. The practice of Olu Ogunnaike (born 1986 in London, lives in London) comprises the production of sculptures, objects, prints, installations, and performances. The starting point for his work is the material of wood, which forms the core of his artistic idioms, permitting reflection on themes that are hard to grasp — such as origin, identity, work, and the global circulation of people and goods. In Domestic Drama the artist presents a dining table, made of various local indigenous woods in collaboration with a Graz carpenter. The table top includes an insert made of a special piece of wood that bears the image of a dining table with no particular defining features — the kind that might be found all over the world.

French artist Camille Blatrix (born 1984 in Paris, lives in Paris) creates elegant machine-like objects in a combination of industrially and hand-made parts. For this exhibition, he develops a mobile and transparent object that is somewhere between chest of drawers and chair. This functional furniture provides the museum personnel the opportunity to store their personal belongings. By including the staff who go about their everyday work the artists also sheds light on HALLE FÜR KUNST Steiermark as a place of work with emotional meaning — behind its otherwise official functions.

The artist duo Nigel Gavus & İlkin Beste Çırak (born 1992 in Graz, lives in Vienna and Graz; born 1994 in Izmir, lives in Vienna) was invited to participate within the scope of Panther Residency, a program initiated by HALLE FÜR KUNST Steiermark to promote artists from the region. For Domestic Drama the artists made It’s on a day like this… (2021), a digitalized 16-mm film that portrays a young woman spending her days sleeping in order to get free of reality. She creates her own realm of unreality by taking an interest in the things and objects around her. This film essay addresses the feeling of inner isolation and asserts the picture of a sad, lonely, and passive rebellion against the lack of perspective in the protagonist’s world.

With the intentionally ​“theatrical” appearance of the artistic works, and the cross-genre enactment of a living space, Domestic Drama wishes to invite visitors to participate physically. In a further step, the exhibition recognizes emotional states as key factors in our behavior and actions, which has now long been controlled not by ourselves as autonomous subjects but by the objects and processes that surround us. The poetic and also subversive and critical narrative that is spun in Domestic Drama thus attempts to focus our attention on the complexity of the questions and mechanisms of our everyday lives.