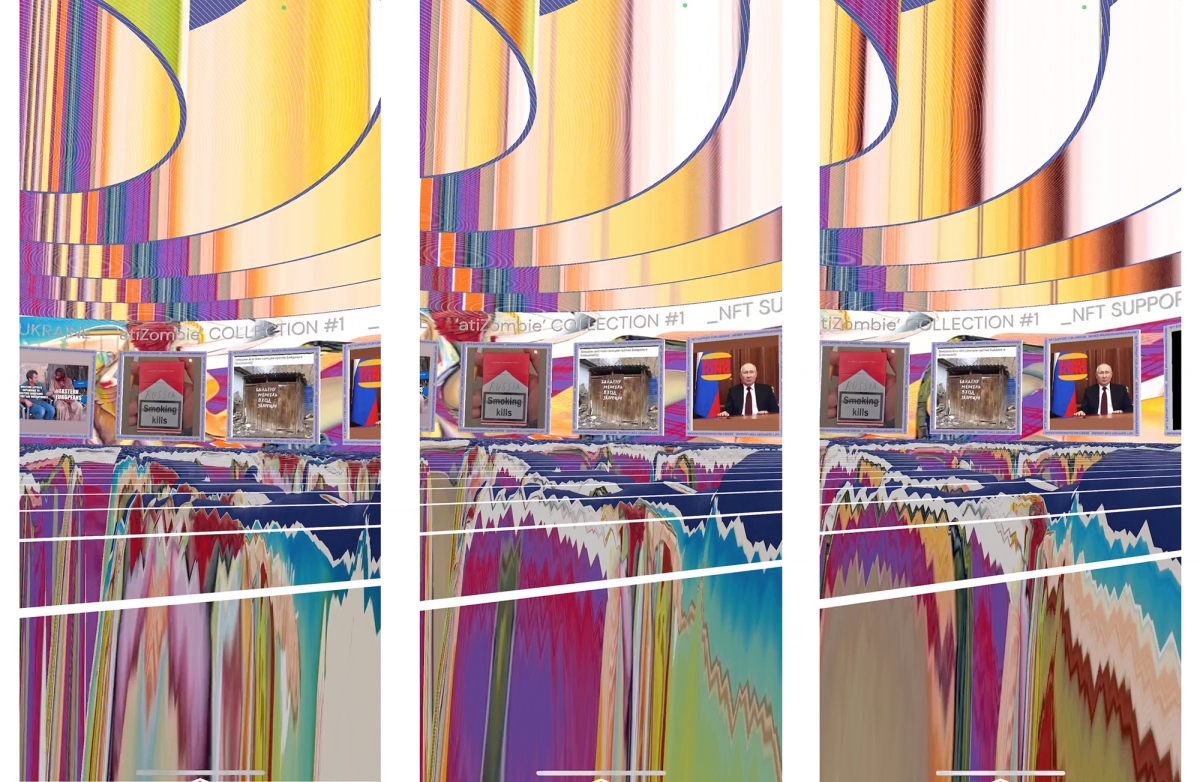 Starting from June 3, the AR SAN app’s Super-Galleries in Venice will display the ‘antiZombie’ NFT collection! 100% of all profits will be directly transferred to the Ukrainian support cryptocurrency account.

Simultaneously with the opening of 59th Venice Biennale of Art, the artist Gints Gabrāns launched the world’s first augmented reality Super-Galleries at the Venice Meta-Space, which are displayed via GPS-based AR app SAN.

SAN is a unique, planetary scale AR app, which unlike other apps offers vast possibilities to work with enormous, several miles long AR objects. They are observable with a scale ratio of 1:1, proportionately to the dimensions of the real-life objects. As one navigates through the physical world with the SAN app, one also navigates in augmented reality accordingly, within the same scale and proportions of the physical space.

The Super-Galleries are presenting the ‘antiZombie’ collection, a curated section of meme’s thematically devoted to the Russian invasion of Ukraine, with references of historical events. These memes take action against Russian aggression, the induced war and their propaganda machine through humor. The 1st, 2nd and 3rd antiZombie collections will be available as NFTs starting from June 3. By pressing on the images with the touchscreen, the user will be taken to the OpenSea shopping site. 100% of all profits will be directly transferred to the Ukrainian support cryptocurrency account. (International Donation Fund “Come Back Alive” comebackalive.in.ua/uk) .

The Super-Galleries areas are visible from anywhere in Venice by opening the SAN app. The specific Super-Gallery with its exposition is activated right away when reaching the gallery and entering its area. This type of operating principle opens up limitless possibilities for the SAN meta-space in the future, offering virtual properties, premises and lands all over the world, while providing a wide variety of content being placed from anywhere in the world. In this way, creating a brand new universe of information.

The SAN app can be downloaded from www.san.land (App Store, Google Play)