Journey to Liminal Dome in the Context of Techno Ecologies 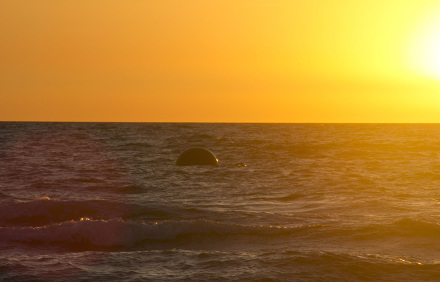 OUR CENTRAL IDEA is the construction of situations, that is to say, the concrete construction of momentary ambiances of life and their transformation into a superior passional quality. We must develop a systematic intervention based on the complex factors of two components in perpetual interaction: the material environment of life and the behaviors which it gives rise to and which radically transform it.

Guy Debord, Report on the Construction of Situations and on the International Situationist Tendency’s Conditions of Organization and Action (1957)

“Journey to Liminal Dome” begins one early morning in late May. Coffee still cooling in my cup I am met by two imposing artists clad only in black form fitting body suits, they stand on either side of a door, one says “Good morning,” but I do not understand which one speaks. They gesture that I should enter the stark white room, the only contents, a single neoprene diving suit on a hanger and a grey towel, neatly folded. I pass between their forms as if through Marina and Ulay in Imponderabilia (1977).

“Liminal Dome” is one of five Techno Ecologies thematic artist residency projects hosted by Nida Art Colony (NAC), from April through May 2014. Nine artists, including myself, inhabit this utopian art space in the Curonian Spit in Lithuania. The morning breaks with bird song, the sound of softly crashing waves permeate the forest and drift through the colony.

Each artists or artist group is asked to address the theme, “Techno Ecologies,” a term coined or resurrected by RIXC curators Rasa Šmite and Raitis Šmits who write, “The changing role of art in society is one where it does not just create a new aesthetics but gets involved in patterns of social, scientific, and technological transformations,” (2014). As the trend in state funded contemporary art in Europe has shifted from mapping and story collecting to a surge of art as research and artists doing research, amateur anthropologists and engineers trained in art academies, the institution, “strives to divert the taste for innovation, which is dangerous for it in our era, toward certain confused, degraded and innocuous forms of novelty.” foreseen by Situationalist International “in the attempt to justify artistic actions within an already-existing structure.” (1957)

The collective authors of Liminal Dome, Stuttgart based Anna Romanenko, Björn Kühn and Gabriel Hensche, proposed to create an underwater installation, a transparent oxygenated dome where one transforms from land dweller to sea inhabitant. During our residency I watched materials accumulate outside their shared studio. Three diving suits, boat trailer, rope, sand bags, buckets, balloons and a 38 kilo black rubber bladder which arrived by mail.

Each morning during the residency Gabriel trained us in breathing, stretching and calisthenics in preparation for visits to the dome. I told him I wanted to be the first visitor to the installation but apparently one needs to register an appointment on their website, seemingly overly bureaucratic, it is rather a calculated cross media strategy to drive the audience to the content on liminaldome.com.

Beginning my journey, still sleepy in the early hours, and unpracticed with diving suits, I put my leg in the sleeve hole and can’t get it back over my foot. The more I struggle the tighter it cuts off my circulation and I start to panic. Remembering my training I breathe and slowly relax. It is just five in the morning and I whisper for help . Björn comes into the dressing room, observing the situation gently shrugs, “I did the same thing once,” kneeling down to where I sit he stretches open the neoprene sleeve and I pull my foot free.

Encased in the dark body suits we put on the hoods leaving only faces exposed.The two tall figures walk ahead of me silently into the forest. Each footstep on the forest floor produces dense clouds of newly born mosquito’s. Unable to penetrate the five milometer thick neoprenebody suit they swarm my face, onto my eyes, into my nose and mouth and I think, “It is too much, I should turn back,” but the two men ahead are resolute, I calm myself and continue to the beach.

Walking out into the brisk Baltic Sea, the suit offers protection, but around a hundred meters from shore the floor drops and I have to swim, the eight degree water fills the borrowed suit, I hyper ventilate and think, “I can’t make it, I should turn back” Gabriel looks me in the eyes, he knows my strengths and limitations. The water in the suit slowly warms, I relax and my breathing adjusts, exhilarated, I am eager to explore the installation.

The dome appears half a black sphere, a giant tick rising from the water’s surface. Situationalist International decries, “Architecture must advance by taking emotionally moving situations, rather than emotionally moving forms, as the material it works with. And the experiments conducted with this material will lead to new, as yet unknown forms.” (1957)

Björns arms outstretched, he grasps the circumference of the form while Gabriel climbs him like a ladder. Gabriel reaches down, offers me his hand as I climb from out of the sea onto the dome. The two of us lift Björn to join us. As if the solitary black rubber island has grown three black rubber trees we sit bobbing, taking turns pumping air into dome with a plastic hand pump. At the same moment the sun is seen rising above the white sand dunes, fresh and orange against a crisp violet sky.

Beneath the clear green water, the rubber sheet is interlocked by a symmetrical web of white rope held by precisely placed sand bags submerged on the sea floor. Cinematic images of divers caught in the ropes, grasping for ankle sheathed knives fill my imagination. “I’ll go first and you can watch me” Gabriel dives straight down and flips smoothly between the ropes and into the body of the dome. Using a less elegant feet first method I slide into the sea, pull myself down the rope, pass between them and pop up inside the structure. I hold the arms of the two men while my eyes adjust. Light mirrors up on our faces, the air quality is like inside a tire’s inner tube, sound echoes like a bouncing ball, the ceiling disappears into inky abyss. The only furniture is an inner tube connecting the hose to the air pump above. Colorful debris floats in the water, deflated balloons, like the aftermath child’s “Waterworld” birthday party.

Shivering in the cold water we reemerge and sit for a while atop the dome, then swim back to shore. We retrace our steps through the forest and back to NAC. Over the following five days Journey to the Liminal Dome’s trans media production culminated in 17 tours, hosting an audience of one or two at a time. Situationalist International warn us, “The ruling ideology sees to it that subversive discoveries are trivialized and sterilized, after which they can be safely spectacularized.” (1957) So artist’s discoveries of alternative energy sources will power industrialized mechanisms of alienation, water filtration system intended for the garden will be used for substandard drinking water for slaves, underwater Utopian dwellings will become prisons. The aspect of “Liminal Dome” which forever resists commidification or spectacularization is in those rare opportunities for comradery bravery, heroism and in sharing moments of the sublime. The situations exist only in the ephemeral moments of the journey.