I have no desire to slip out of this skin, but rather to leap into it entirely. A conversation with Eglė Budvytytė 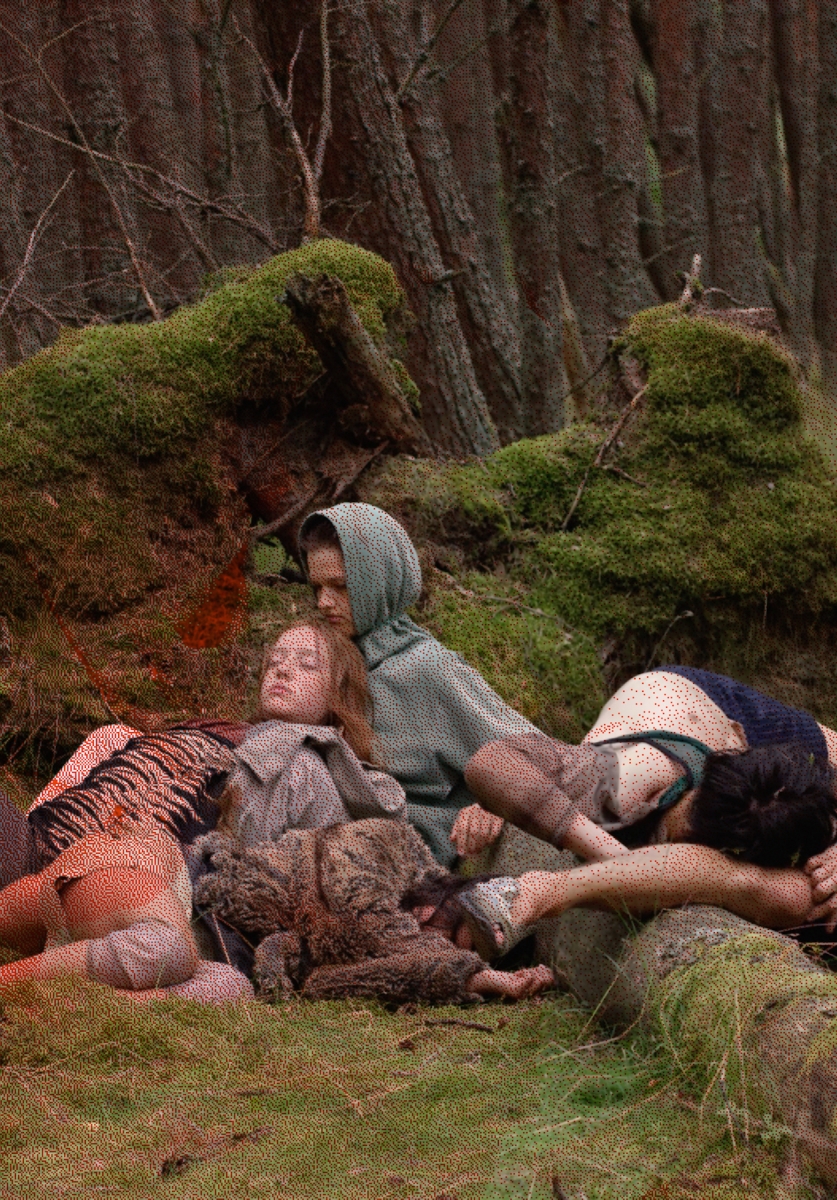 Aistė Marija Stankevičiūtė (AMS): Egle, you’re a visual and a performance artist, particularly focused on movement. You like to sweep people off their feet, leaving them no other choice but to swarm and engage in strange group activities, erasing the line between organ and organism, between one and multiple bodies; like siphonophores that clone themselves thousands of times, holding tentacles and making heads turn.

The last time I saw your work was at the second Riga Biennial of Contemporary Art. In the video, a group of teenagers, tossed about by songs and the wind, waded through water and wandered through the dunes and pine forests of Nida. I wondered what drew their young bodies to the ground, close to the moss and to each other, as if about to dissolve in the forest floor. Their clean bodies didn’t seem to fit the environment, humming about death, for which they were almost prepared, dressed in clothes created by Marija Olšauskaitė and Julija Steponaitytė, in collaboration with earth beetles. In your performances, unnatural and hypnotic behaviour is not unique to mutating bodies, seduced by the songs of compost: running men, a woman talking over the rooftops of the city, women turning into letters and architecture are also forced into an awkward position. Strong poetic currents flow through your works, making me curious: what role do words play in your creative practice?

Eglė Budvytytė (EB): It’s interesting that you noticed the clean bodies; we may have missed the opportunity to work with skin here … However, these songs hum not so much about death itself as about the fluid line between life and decay and rotting processes that are particularly evident in forest life.

Talking about words, I recently came across the book How to Do Things with Words by J.L. Austin. He developed the concept of the performative language act. It seems to me that when I read it, I didn’t fully understand the book, or I interpreted it how I wanted to at the time; but I kept the thought that language and words have the power not only to describe occurrences, but also to act them out performatively in the very process of pronunciation. I like the idea that words and tales can bring things into being, and thus transform reality.

I often see working with words as a spell-making practice. I recall Sun Ra’s expression that I heard in a recording of his Black Man in Cosmos lecture in 1971, that language and words are vibrations that shape us according to how we use them, and that we become what we speak.

I work with language as with a very tangible thing, by delving into its sound, speed, rhythm and repetitions. I like to dig, pick up or maybe steal single words from unrelated sources, from podcasts, books, songs or dictionaries. When sung, words become a continuation of the body; breathing and the movement of saliva in the mouth also become part of the story. AMS: I have read about this eerie ability of spores to get into the brain. After a while, the strangest thoughts sprout in the imagination, if you keep it moist and gloomy. I’m curious how attentive you are to it in your daily routine and work? I mean, the imagination as a space for surprising encounters, as an environment for unusual whispers among alien beings living in your work. Emerging from the water, hatched from songs of the compost and of mammalian wombs, all kinds of creatures settle in people’s minds and begin to shed. Even if they’re not quite real, their fur sticks to reality.

EB: I try to feed my imagination with various things. In recent years, a lot of new connections emerged in this space while I was reading books by O.E. Butler. She is the mother of all kinds of life, of mutated and evolving bodies, of multiple consciousnesses and friendships between different species.

The imagination is probably like a muscle that can be cultivated in different ways: I use conversations with friends, walks, collaborations, and somatic practices to do this. I think a well-developed imagination is necessary for survival; the lack of it in a mass and dominant culture is destructive. I use it while cooking, while self-healing, while falsifying documents.

AMS: To continue on the subject of reality and body coverings, I’d like to talk about clothes in your performances. In the work you showed at RIBOCA2 and The Spectral Forest at Nida Art Colony, calledSongs from the Compost: Mutating Bodies, Imploding Stars, the teenagers were dressed in clothes created by Marija Olšauskaitė and Julija Steponaitytė, made through processes of collaboration with soil bugs. Can you tell me more about this?

EB: I once mentioned to Marija that I get very anxious when I see people on the streets impeccably dressed, in very new clothes (you can see they’ve never even been washed), because I immediately imagine the resources that were needed to create that look. I thought it would be interesting to turn our attachment to novelty upside-down, and offer worn-out clothes as a desirable aesthetic. When we started working on the film, Julija was already familiar with clothes fallowing as a complex practice for processing clothing used by a Parisian fashion designer for many years. Marija offered to buy worn clothes and fabric, and bury them underground for a couple of weeks or a month. To some we added banana peel and pieces of vegetable to boost the underground colour and material exchange. Marija and Julija continued the creative process with scissors and sandpaper. It was a great pleasure to dig the clothes up, and find an image of a bat among the forms that appeared. I thought burying fabric like this could become a new technique for predicting the future; maybe there is one already? Some fabrics were thoroughly eaten, I have heard this means that the soil is healthy and that there are enough micro-organisms living in it. AMS: I’m not sure about fabric-burial as a technique for telling the future; however, I have heard about bodies wrapped in biodegradable clothes and buried in mycelial coffins. Just the other day, I read about the Loop Living Cocoon, the world’s first live mushroom coffin, grown without artificial resources. It should ease the descent. By the way, Loop is already accepting orders for the first hundred.

I often think that every moment of life has a fabric for it. And death is given a kind of uniform, even if it’s just a mycelium on your breasts. It has to be covered up. On one hand, clothes elevate our bodies: when dressed, they stop seeming so helplessly fragile and weak, and our eyes are not so irritated by their earthiness. And the system is friendlier: for the ‘suitable’ it’s easier to immerse. Your clothes are dangerous: capitalism is afraid of bats, especially those from healthy soil and second hand. Imagination bites holes in such tissues, bodies begin to mutate, to flex in unconventional ways, to grope at unusual things.

On the other hand, clothes are surfaces that touch all of humanity, and high double-sided tensions flow through it: between the body trying to transcend itself, and the environment that seems spacious enough for fundamental change, but the only thing stopping is the body itself. It restricts clothes, it wears out, we want to take it off. Nudity is not an option when you want to slip out of the skin.

Your works seem to hang in the section of utopian vision, awareness and hope. Near the earth and shooting stars.

EB: I’ve heard about posthumous mycelium costumes! I’ve heard that fungus not only eats up bodies but also neutralises the toxic substances they contain, which would otherwise be released into the environment. A possibility for ecology after death.

I think the body is an unexplored territory. I want to learn how to fully embody it. I have no desire to slip out of my skin; rather to leap into it entirely. My friend Corazon told me that she grasped the existence of the divine when participating in an autopsy: while observing a world of incredible complexity uncovered by a scalpel. A very interesting observation, as it reverses the devaluation of the body in a binary separation of the consciousness/mind, which is practised in most religions. Traumas are also trapped in our muscles and fascia, and not just in our brains. It seems that one of the problems of modernity is that we are quite disembodied, and therefore easily manipulated by external forces and power structures. AMS: Returning to metaphors and performative acts of language: words fit our bodies no worse than our clothes. They also allow movement, they restrict, they wear out and become uncomfortable, they are used like fast fashion, like fast food for filling the stomach. You can even choke on them! The metaphors with which we approach things can lead not to the most pleasant rooms. Thus, we lead viruses to fight them, to overcome them, or we waste our time instead of being productive, which means valuable. Lakoff’s offer to imagine a culture where an argument is viewed as a dance, the participants are seen as performers, and the goal is to perform in a balanced and aesthetically pleasing way,[1] would be suitable here. Even if the only moving organ was the tongue.

Both bodies and words dance in your works. It would be interesting to know where they are heading at the moment. What are you thinking about now?

EB: Just now I’m thinking a lot about the structures that enable the production of contemporary art, its global circulation, and my creative work; ways of acting in these contexts. I’m currently overcome by the feeling that contemporary art centres, museums and art fairs are dead zones, with thick walls, often very impermeable to life, or open only to limited and certain forms of living. Part of me is still very attached to these ways of acting and creating, to the often specific invitations, to the terms and valuation economy; but another part of me longs for ways of working involved in transformative policies in the contexts of specific communities and geographies. Out of curiosity to delve into these issues, a couple of days ago I went to a village which is one of the components of the social sculpture and cultural strategy of Inland – Campo Adentro in northern Spain. I’m trying to get rid of my habit of thinking of art or creation as an autonomous phenomenon, which historically is a very young and problematic idea.

I’m also thinking about how to organise life and routine so that I can spend more time not only with human beings but also in the company of other forms of life and consciousness. 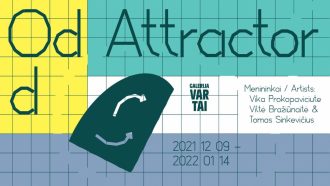 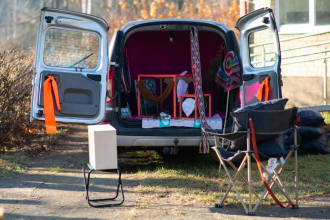 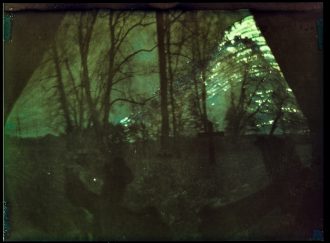 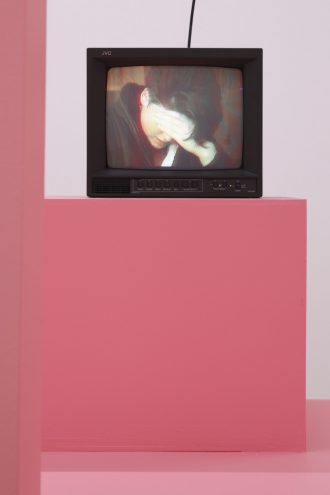 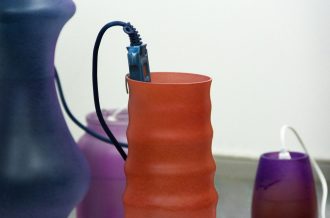 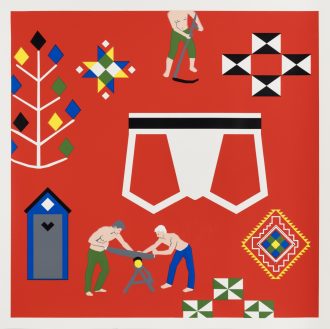