Exhibition 'Yoko Ono. Exit it' at the Kaunas Picture Gallery 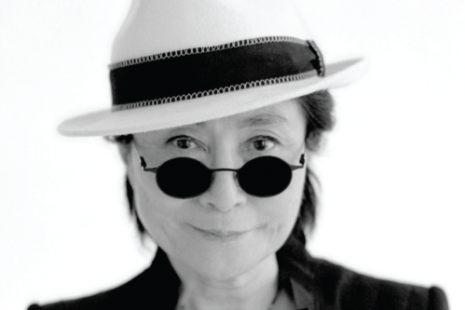 Yoko Ono will be visiting Kaunas, the native city of her friend George (Jurgis) Maciunas.

A music producer, prominent figure on the New York arts scene, and the wife of John Lennon, one of the founders of the legendary rock band The Beatles, Yoko Ono once collaborated with George Maciunas in the early days of the Fluxus movement.

The Learning Garden of Freedom is a retrospective exhibition of Yoko Ono’s work and is the result of a collaboration between the artist’s Studio One in New York and the Kaunas Picture Gallery. The exhibition will feature numerous works by Yoko Ono spanning different creative periods and practices: from conceptual art and experimental film to spatial installations, objects, word pieces, and performance art.

The majority of the exhibition will be shown at the Kaunas Picture Gallery, located not far from George Maciunas’ childhood home.