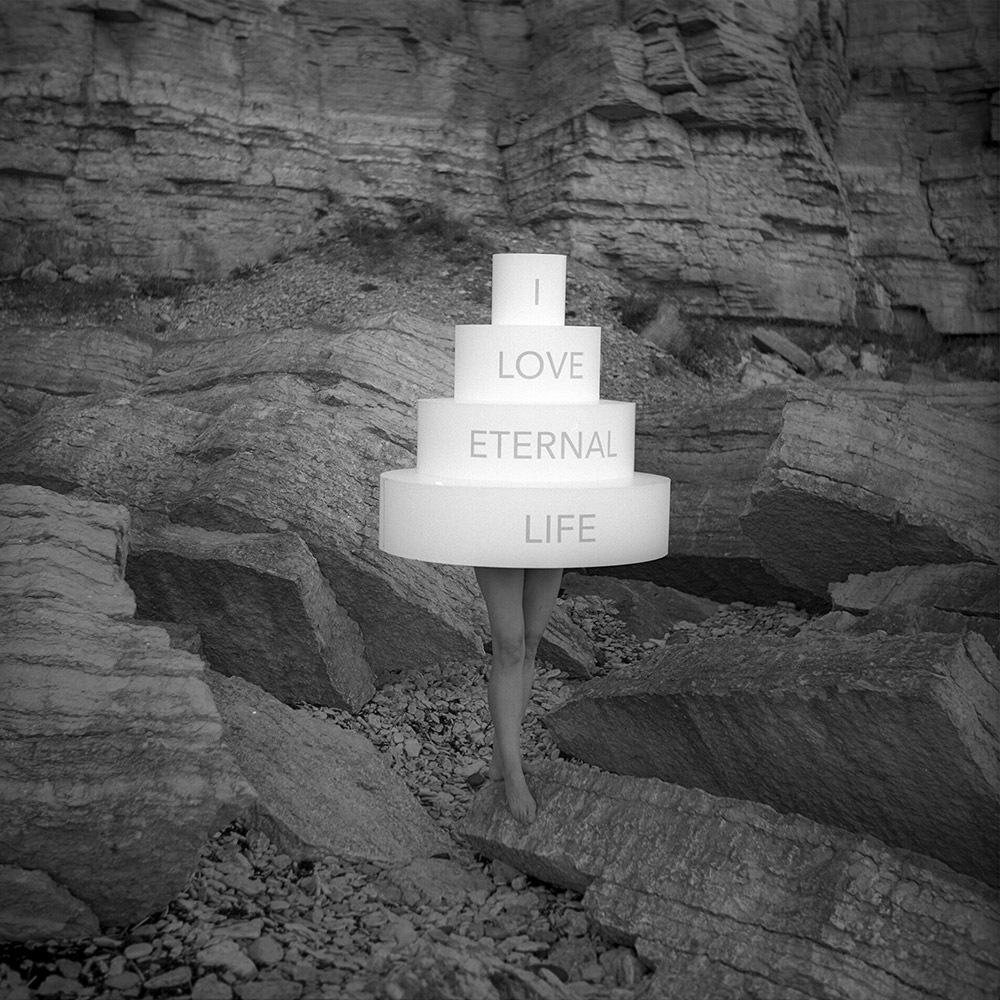 Some years ago, Holger Loodus travelled north of the Arctic Circle, where he witnessed Syrian refugees’ journey across northern Russia down into Europe. This experience inspired his exhibition “Journey to the End of the World” (Tallinn Art Hall Gallery, 09.09.-08.10.2017). By now, the experience of that time has acquired solid contours, and a high, man-made mountain with steep slopes has emerged, which resembles a purgatory.

“Reimagining Those Old Slopes” depicts a process in which the vision of the universe known from history demystifies and becomes a product aimed for the masses. Through his own eyes, the artist modernises the hill of purgatory created by the Italian poet Dante Alighieri at the beginning of the 14th century. Holger Loodus aims to look at how a mystical object loses its moralizing content to become an easily acceptable attractive design object. However, this process opens up completely new perspectives.

The precondition of purgatory is hell, just as the hole precedes to any building or man-made hill. The higher the building rises, the deeper becomes the hole. This inevitable regularity gives the exhibition if not a moral, then a critical dimension. We are also reminded of the old ulterior archetypes that still shine through the curtain of materiality covering modern life.

The exhibition consists of oil paintings, photographs, projections and objects. Along with the exhibition comes the publication with visual material compiled by Holger Loodus and the text by Tanel Rander.

Holger Loodus (1970) is an artist mainly working with painting and installation. One of the more prominent methods in his work is the mystification of daily experiences. Loodus’ earlier work can be characterized as magical realism, whereas his later work can be better understood through notions of sci-fi or alternative histories.

Holger Loodus graduated from the Department of Cultural Heritage and Conservation (BA, 2008) and the Department of Painting in the Faculty of Fine Arts (MA, 2012) at the Estonian Academy of Arts. In 2011 he studied in the Media Art department of Karlsruhe University of Arts and Design. In 2012 Loodus was awarded the Young Artist Prize. In 2018 he received the People’s Choice Award of the Köler Prize and the annual prize of the Estonian Cultural Endowment.

Tanel Rander (1980) is an artist, curator, and writer, whose creative work includes experimental practices based in language and psychology, and critical study of Eastern-European discourse and decolonisation.

Tanel Rander graduated the Institute of Law at the University of Tartu (BA, 2005) and worked as a lawyer and attorney. In 2010 he graduated in interdisciplinary art at the Estonian Academy of Arts (MA) and began his doctoral studies. His literary work has been published under different pseudonyms, including chaneldior, chaneld:or, c:, Chanel Rantie, etc.

Read more about Holger Loodus and Tanel Rander  and look at their selected projects at the Estonian Centre for Contemporary Art (CCA) artists database.

Holger Loodus’ solo show “Reimagining Those Old Slopes” is the first exhibition in the Kogo gallery’s exhibition program entitled Ecology – Economy, as a kind of ‘vibe’ – a general area that only seems to attract more discussion during these turbulent times. Through its program in 2021 Kogo gallery aims to address this complex relationship both directly and metaphorically through projects including solo exhibitions as well as international group shows and collaborative projects.

The graphic designer of the exhibition and publication is Aleksandra Samulenkova. The texts were written by Tanel Rander; edited and translated by Refiner Translations.
Thanks: Katrin Enni, Tanel Paliale, Andres Teiss, Iris Vilu, Ivika Holm, Georg Kaasik, Kaie and Rein Loodus.
The exhibition and publication are supported by the Estonian Cultural Endowment and the City of Tartu.