Exhibition 'Laidi' by Ieva Epnere at the ISSP Gallery 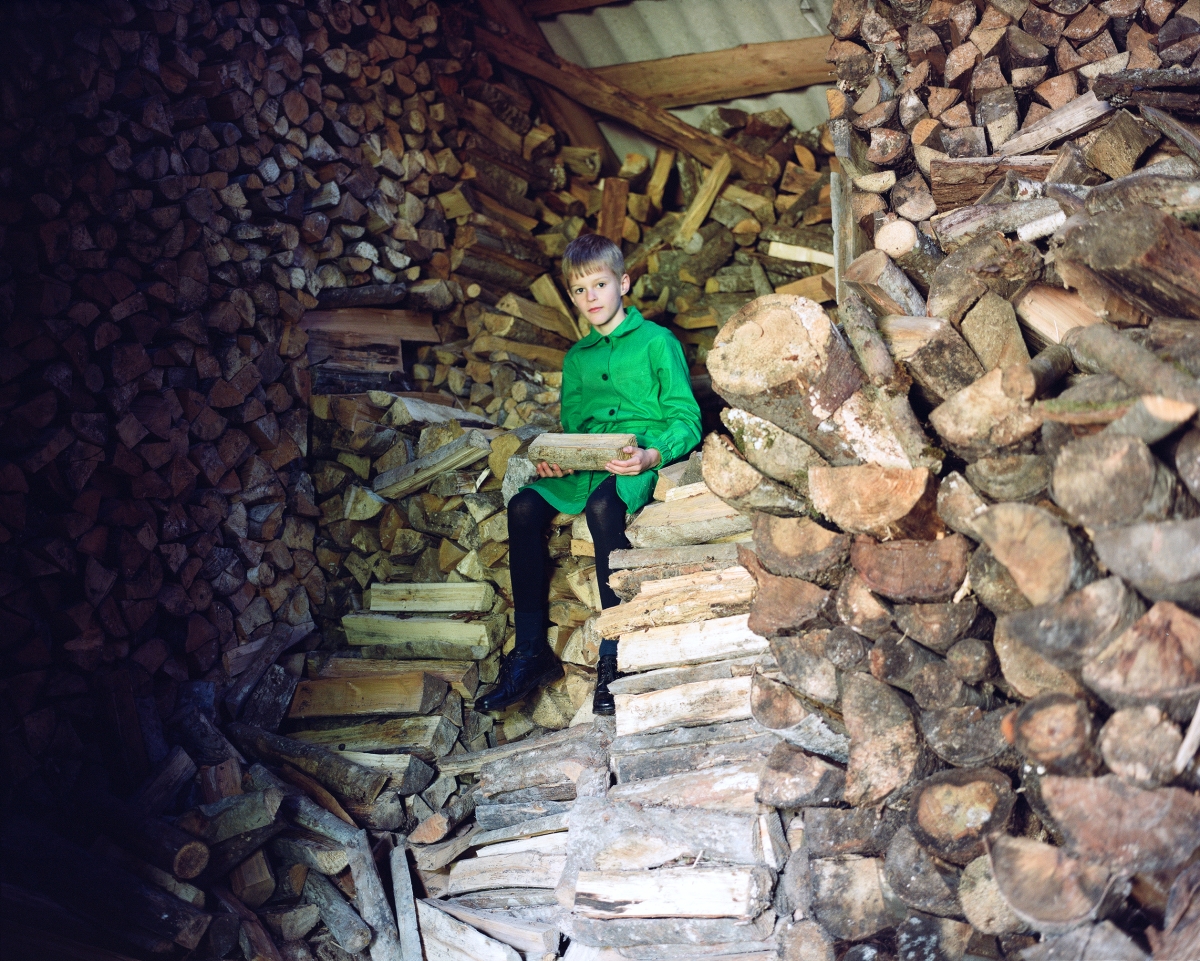 From 2 February to 16 March the ISSP Gallery will host the exhibition Laidi by artist Ieva Epnere. It will feature photographs and a documentary film dedicated to the 101st year of Laidi Primary school, which is also its last. The premiere of the film will take place on February 2 at 18:00 at the cinema K.Suns and will be followed by the exhibition opening at 19:00 at the ISSP Gallery.

The documentary film Laidi tells the story of the last year of Laidi Primary school in Laidi Manor, southwestern Latvia. Ieva Epnere came to Laidi in autumn 2021 as part of a creative residency to learn about the history and stories of the parish and to find inspiration for a new artwork. During the residency, the idea of collaborating with the school’s theatre group was born, and together with choreographer Elīna Gediņa the movement performance Laidu leģendas (eng. Tales of Laidi) was created. Parallel to the development of the idea, the artist learned about the decision of the Kuldīga County Council to close the school. The disturbing news prompted Epnere to document the situation. The result is a documentary film spanning all seasons and connecting the everyday life of the school with preparations for a reunion that will also be a farewell.

“On 27 January 2022, Kuldīga County Council decided to close the Laidi Primary school. A study of the educational situation as a whole reveals that the number of primary schools in Latvia has halved in the last twenty-four years. The optimisation of the school network is determined by so-called “quantitative criteria” – the number of pupils and the cost of maintaining the building,” says Ieva Epnere. “However, with the loss of a school, the slow disappearance of a place begins, because a school is not only a centre of education, but also of culture and socialisation. Young families with children do not choose a place without a school.”

The exhibition Laidi will feature a documentary film (35′) and three large-format photographs taken during the making of the film. The cinematographer is Valdis Celmiņš. The film team includes cinematographer Baiba Kļava, editor Andra Doršs, composer Kārlis Auziņš, sound director Edvards Broders and sound operator Arvīds Ceļmalis. The film was made at VFS Films studio with the support of VKKF and VV Foundation. Curator of the exhibition – Iveta Gabaliņa. Spatial solutions have been created in collaboration with architect Līva Kreislere.

The artist would like to give a special thanks to the children of Laidi Primary school, the school staff and the headmistress Elita Tisjaka, the head of the theatre group Aija Botsmane, as well as the head of Laidi parish administration Andris Neilands and the organiser of cultural and sports events Anda Stiba.

The premiere of the film Laidi will take place at 18:00 at the cinema K.Suns (Elizabetes iela 83/85) and will be followed by the exhibition opening at 19:00 at the ISSP Gallery. Entrance to both events is free.

Ieva Epnere (1977) has graduated from the Textile Department (2001) and the Visual Communication Department (2003) of the Art Academy of Latvia and from the postgraduate studies at HISK Ghent (2012). Epnere creates photographs, textile works, video installations and films in which personal, private stories are the starting point for artistic reflections on identity, traditions and rituals. In 2019, she received the Purvītis Prize for her work The Living Sea of Memories. As a DAAD (German Academic Exchange Service) Fellow (2019/2020) she published the book Riga Circus. Ieva Epnere has held 23 solo exhibitions and participated in group exhibitions and film festivals in Latvia and abroad. Her work has been shown at galleries and art events such as Fogo Island Gallery, Fogo Island, Newfoundland; Art in General, New York; daadgalerie, Berlin; Netwerk, Aalst, Belgium; Riga International Biennial of Contemporary Art (RIBOCA 1); Kunsthalle Wien; Malmö Museum, among others.

The exhibition is supported by the State Culture Capital Foundation, Groglass, VV Foundation and VFS Films.

The exhibition is organised by ISSP, which has been active in the field of contemporary photography for more than 15 years, developing an active photography environment in Latvia, educating the young generation of Latvian photographers and promoting international exchange. Since the opening of the gallery space in Berga Bazārs in 2018, ISSP has become an important landmark on the cultural map of Riga as the only space dedicated to contemporary photography in Latvia.