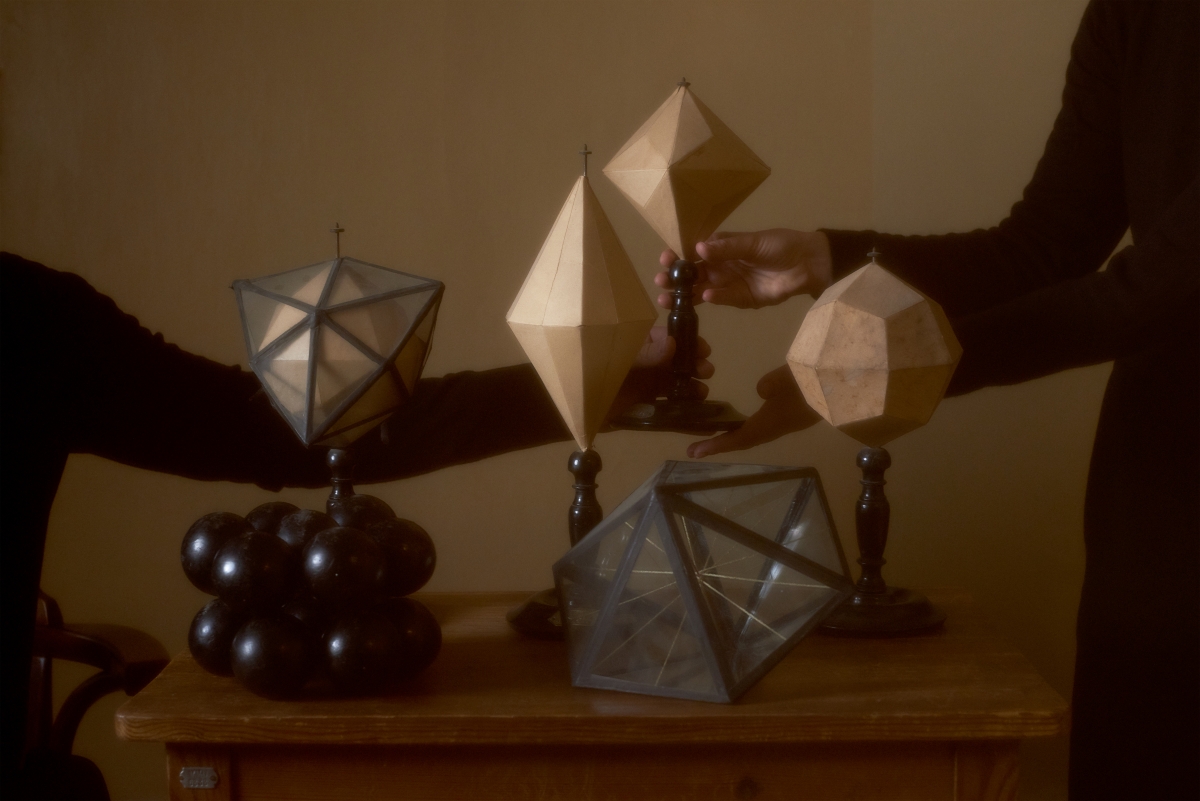 In 1862, the naturalist Václav Frič (1839-1916) founded the first natural history shop in Prague, at Wassergasse 736-II. The zoological, botanical and mineral specimens prepared in Frič’s studio were supplied to museums and educational institutions around the world, at the same time capturing the interest of private collectors.

The models of minerals prepared by the Naturalienhandlung – natural history dealer – are now also kept at the Geological Museum of the Institute of Geosciences of Vilnius University ChGF, where they have served as educational tools for decades. In addition to these artefacts, the museum, founded already back in 1803, displays a collection of educational-demostrational regional geology, palaeontology, petrography and mineralogy collections.

At the peak of industrialisation and urbanisation which led to a rising threat to the natural environment, it became even more urgent for man to turn his attention to the planet and its resources. Museums were recognised as didactic institutions, and scientific natural history was increasingly promoted.

Using glass, ceramics, wood and paper, Václav Frič modelled volumetric visualisations of natural science discoveries from the second half of the 19th century. Folded out of paper and encased in fragile glass plates, the crystal models are reminiscent of ritualistic objects, paradoxically naïve ceremonial cannons constructed to represent the development of nature and history.

Emanate is a set of tools in which these polyhedra, having lost their precision of form and become artefacts of geoscience, are displayed beside earthen sensory smell containers. Smells and their experience here represent an intermediate state, involving us in an ambivalent encounter between primordial origins and discoveries yet to come.

Milda Dainovskytė is a curator of contemporary art and artist. She usually chooses to hold exhibitions in spaces of personal importance or peripherical places that are not specifically intended for this purpose. Dainovskytė’s personal creative work is based on historical archives, sound, moving images, graphic technologies and smells. She is a member of the curatorial duo together with Laurynas Skeisgiela and co-founder of the meeting space Lokomotif, which combines contemporary art practices and strategies for the formation of urban identity.

Jeronimas Mantvydas Seibutis is an artist currently living and working in Vilnius. His work draws parallels between artefacts of historical memory and cultural collective traumas, and the urban organism. Having been studying Japanese aesthetics, ceramics and beverage culture for many years, recently the artist has been creating one-off ceramic vessels, discovering new shapes based on the relationship between functionality, dysfunction and ergonomics. Seibutis’s works are fired in wood-fired kilns using Raku or Anagama techniques.

Based on: “Václav Frič (1839-1916) and his influence on collecting natural history” by Henri Reiling and Tat’jána Spunarová, Journal of the History of Collections vol. 17 no. I (2005)

The expositions can be visited only by prior arrangement by phone +370 5 2398277, or by e-mail eugenija.rudnickaite@gf.vu.lt