Published in News from Estonia 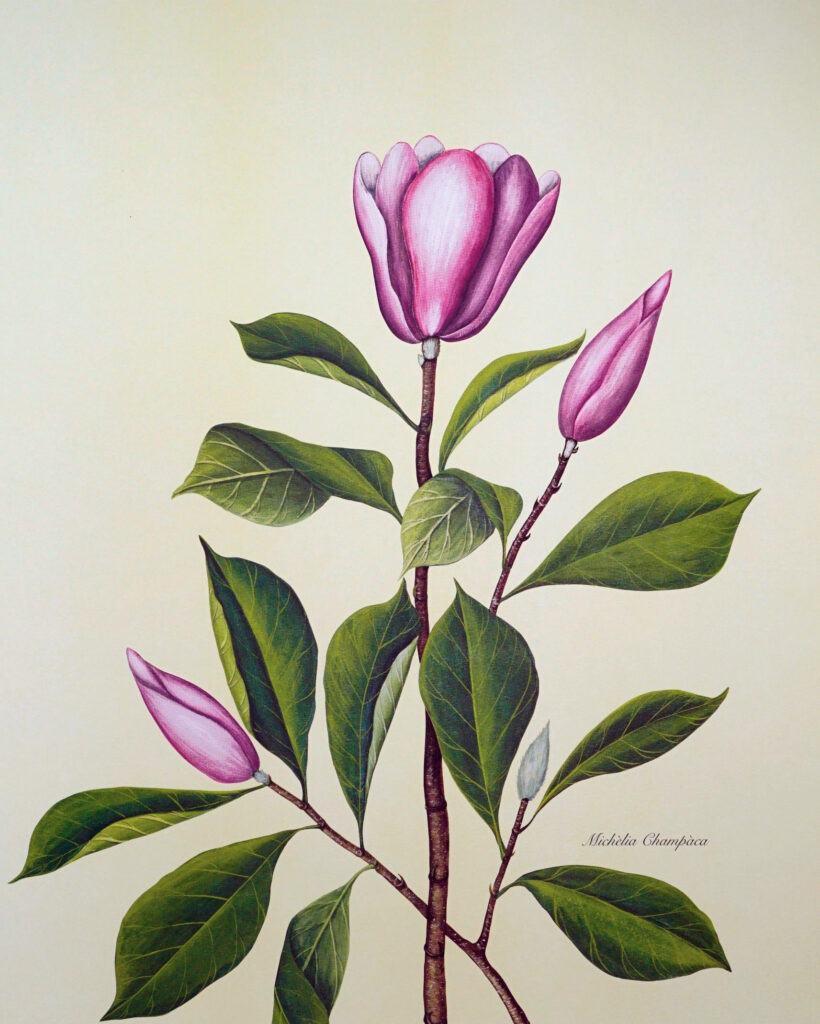 For the upcoming, 59th Venice Biennale Estonian pavilion exhibits a project by Kristina Norman and Bita Razavi titled “Orchidelirium: An Appetite for Abundance“ (curated by Corina L. Apostol), inspired by Emily Rosaly Saal ‘s (1871-1954) watercolours and paintings of tropical plants. In the exhibition the artists combine historic and new artworks to propose a multifaceted view on colonial history and its problematics.

The exposition of the Estonian pavilion in Venice opens in April 2022 and is hosted at the historic Dutch pavilion in the Biennale’s main exhibition grounds in Giardini.

This project started with a collection of some three hundred images of tropical flowers, fruits, and vegetables produced during the first decades of the 20th century by a forgotten artist from Estonia named Emily Rosaly Saal. Her works depict plants from different corners of the Dutch East Indies, then under the Dutch Empire, where she lived and travelled with her husband Andres Saal between 1899 and 1920.

Kristina Norman and Bita Razavi create new works based on Saal’s legacy, bringing in an unexpected perspective, various elements and a unique story that challenges the questions of colonialism, gender representations and botanical perspective towards both femininity and belonging. The project reflects eloquently the difficulties of entangled histories and the relationships between “perpetrators” and “victims”.

Kristina Norman (1979) is a Tallinn based artist and documentary maker, explore the converging trajectories of national identity, politics of memory and public space. Norman’s most recent work is a poetical documentary performance entitled “Lighter Than Woman”, whose protagonists are women who overcome the Gravity of life in a metaphorical and literal sense. This is Norman’s second time to present her work at the Venice Biennale – in 2009 she represented Estonia with her solo project “After-War“.
See more from Kristina Norman’s website.Bita Razavi (1983) is a Tehran-born artist, living and working between Helsinki and countryside in Estonia. Her work looks at everyday situations, which become the basis for making broader conclusions about the surrounding culture and society. In one of her latest projects, “Museum of Baltic Remont” (2019) Razavi built a commemorative scientific installation to showcase the invisible building materials that many people in Baltic region live amongst.
See more from Bita Razavi’s website.

Emily Rosaly Saal (1871 – 1954) was an artist born in Tartu. She received her art education in Saint Petersburg, the capital of the Russian Empire, and travelled with her husband Andres Saal in the territories called East Indies at the time. During that period she created hundreds of watercolours and paintings of tropical plants and fruits. Saal’s works were highly appreciated by the scientists of the the Royal Dutch Botanical Gardens. In 1926 they were exhibited in Los Angeles County Museum of History, Science and Art.

Corina L. Apostol (1984) is a curator at the Tallinn Art Hall and the co-curator and coordinator of the international project, “Beyond Matter – Cultural Heritage on the Verge of Virtual Reality”. Recently, she co-curated the Shelter Festival: “Cosmopolitics, Comradeship, and the Commons,” at the Space for Free Arts/ University of the Arts Helsinki (2019). She has co-edited “Making Another World Possible: 10 Creative Time Summits, 10 Global Issues, 100 Art Projects” (Routledge, 2019).