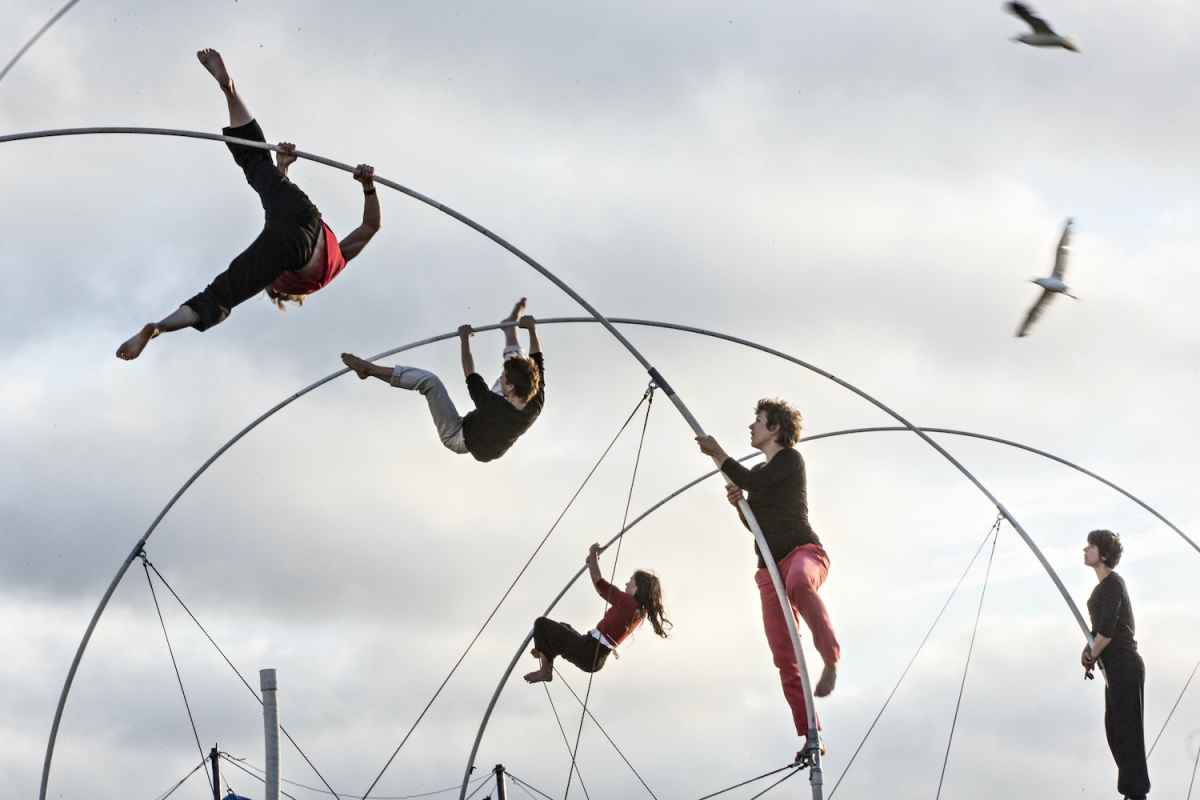 ConTempo festival of performing arts, already established as a traditional event of the city, returns to Kaunas. Celebrating the titular year of Kaunas – European Capital of Culture 2022, the audience will be invited to enjoy a diverse programme with over 140 performances and works never seen before in the Baltic region. Performers selected by producers will take your breath away and ensure that the adventure enfolds here and now, in front of eyes, while the performances will be followed by the meetings of artists themselves.

A unique event in Kaunas

ConTempo festival has been taking place in Kaunas and Kaunas district since 2019. The organisers of the festival claim that there are similar events throughout Europe, yet ConTempo is exceptional because of its location and ability to transform and change every year.

“The festival has started because the city lacked a certain cultural diversity and also as a reaction to problems related to large spaces. So, what we did, we changed all the shortcomings into advantages and without enough spaces suitable for the festival, we create or adapt them themselves, so performances can take place in unconventional places. Thanks to the festival, residents of both the city and the district see their usual surroundings in a different light. This brings mutual joy. This year’s programme will feature various projects that will surprise even those who know the city in and out,” claims the head of the festival Gintarė Masteikaitė.

The name of the festival itself, ConTempo, stems from the blend of words temporary and contemporary, while the speed of movement – tempo – will be very diverse in this year’s festival.

The festival will fuse theatre, dance, circus and art installations. The programme offers new breath-taking pieces and invites performers already beloved by the audience. Each event will leave indelible impressions, while the shows will be followed by meetings with creators. The introductory events will take place from July 14 to 17, while the main programme of the festival will span out from August 1 to 21. This year’s ConTempo will be opened by Chloé Moglia and her group, known from the last year as the one who attracted and amazed large crowds.

“I can claim with conviction that the entire programme is worth of the attention of every member of the audience,” claims Ms. Masteikaitė. Understanding that the audience will not be able to attend all of the events, the producer draws the attention to the most prominent ones: “this year, I recommend attending a guided dance tour “I’m Going to Buy Some Milk” by Be Company (Lithuania) that rippled through Šeškinė microdistrict in Vilnius last year. This year, it is moving to Eiguliai microdistrict in Kaunas. Another impressive performance will be delivered by Chloé Moglia and her company, an exceptional installation La Spire Rhizome (France). There will also be works by a star of the contemporary French circus, Boris Gibé, and Dutch sound artists Strijbos & Van Rijswijk (Netherlands) and their opera “Signal at Kaunas Lagoon”. A unique opera “Signal at Kaunas Lagoon” that offers a different look at the landscape will invite to experience the lesser-known part of Kaunas Lagoon. The performance by soprano singers will take place several times while the sun is setting.

The Frenchman Boris Gibé will bring several works. Returning back with a world-renowned L’Absalu and a 12-meter high theatre built specifically for it, the creator prepared a new and never-shown performance. Its premier during the festival will take place in Kaunas. Moreover, another experience prepared by Gibé to the audience “Installation Tripode”– will take place in Neris River in Confluence (Santakos) Park. Relevant topics will be addressed by Dries Verhoeven (the Netherlands), creative ideas will be introduced by Ivo Dimchev (Bulgaria), Euripides Laskarides (Greece), Alessandro Sciarroni (Italy) and many others. The performances will take place not only in the spaces of Kaunas, but in its district as well. A separate part of the programme will be designed for it to involve eighteen little towns.

The programme of this year’s ConTempo will feature partnership-based projects. Tribune // Dance Your Self! is developed by two European Capital of Culture, which unites dancers from Esch (Luxembourg) and Kaunas. Working in international duos, the creators of contemporary dance will invite into the evenings of personal works and workshops. A new performance Mikado is being prepared together by Lithuanian and Italian artists. The research of humans and connections involves Šeiko Dance Company, Nuepiko contemporary dance company and Vittoria de Ferrari Sapetto. Kaunas Artists’ House will host Euripides Laskaridis for several days, while he will be inviting to create a new identity. Kaunas Drama Theatre will introduce a co-production Babel Tower. Italian choreographer Pietro Marullo and Department of Dance and Movement of Lithuanian Academy of Music and Theatre will introduce the work Wreck in Kaunas district, encouraging to create a new reality.

Tickets will be launched this week!

ConTempo will take place on July 14–17 and August 1–21 in Kaunas and Kaunas District. The programme of both free and paid events can be found at www.contempofestival.lt. Ticket purchase available at Kakava.lt